Lowndes County asking “why are we being excluded” 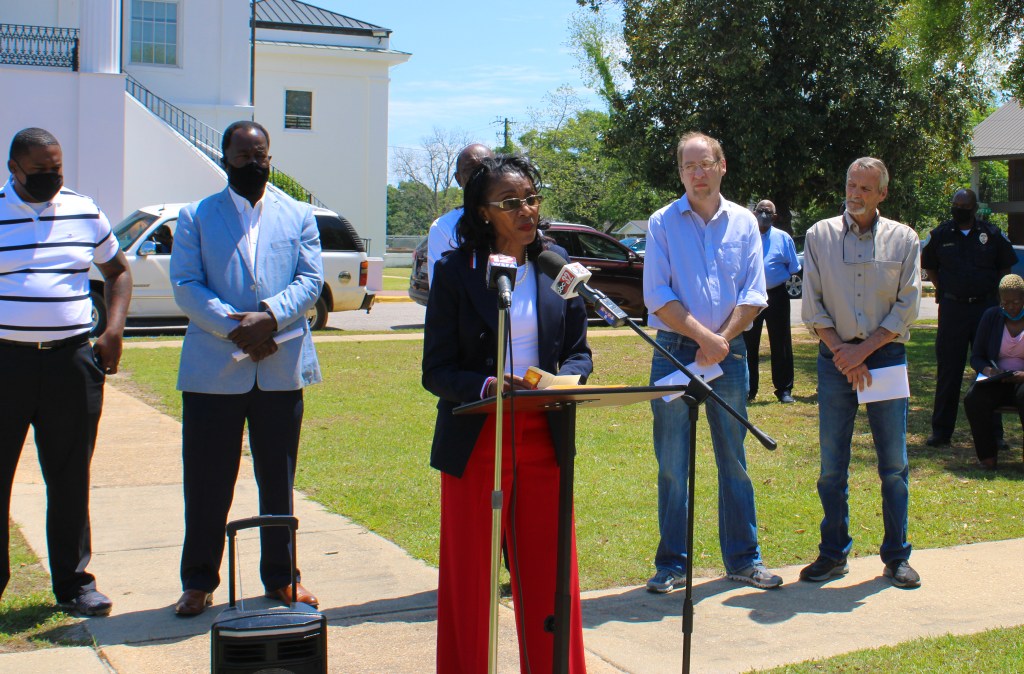 Concerned citizens and Lowndes County officials gathered in front of the Hayneville courthouse Tuesday to plead with state representatives to amend the state gaming and lottery bill that is being considered in the state legislature.

Senate bill 319, a constitutional amendment, would create a statewide lottery that would be regulated by the gaming commission. The game commission would oversee all current and new gaming. Lowndes County, currently the only county in the state to operate gaming, is being excluded from bill 319.

The question that Lowndes County wants answered is why? Why is Lowndes County being excluded in the new legislation? Officials say they have yet to receive an answer.

There are two constitutional amendments passed by Ala. voters and the voters of Lowndes County. They were passed in 2000 and 2002. The gaming facilities have been operating since that time and employee many of the people in the White Hall area.

“In America we have a free market economy,” said Kelvin Lawrence, state representative. “How can we forcibly close the doors of a business in an impoverished county like Lowndes County, and in turn, open a brand-new facility in another part of the state.”

Lowndes County is looking at approximately 120 job losses if this bill passes in its current state. The gaming currently operational benefits the communities in many ways. The two gaming facilities currently operation provide charity funds to the outreach programs, fire departments and other county services, and they pay taxes. The loss of the tax revenue in an already strapped area would be detrimental to the county.

“Lowndes County is not like most places in the state that have a high tax base. We barely just make it,” said Charlie King, county commission chairman.

If the bill is amended to include Lowndes County, it could have a huge impact allowing the creation of 400 or more jobs.

“We in Lowndes County do understand protocol, we do understand order, and we do respect the authority that is over us,” said Orbuty Ozier, Gordonville mayor. “I would like to say to our governor, our senators, our state representatives, and to the people that makes up this great state of Ala., it is time for the majority to be supportive…We are pleading and asking you to please support the casinos in Lowndes County.”

Ozier stressed the importance of the current gaming facilities in the community, reminding everyone that these jobs help the citizens keep a roof over their head and food in their children’s mouths. The casinos support the children by providing much needed scholarships builds and keeps Lowndes County parks open and clean.

Lowndes County officials say they are asking to be treated equally.

A video of the press conference can be seen on The Lowndes Signal’s Facebook page.