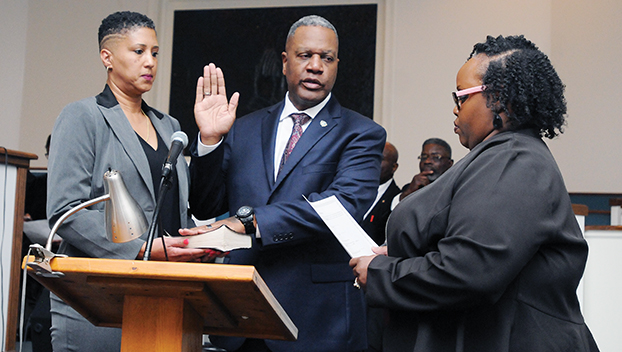 A large crowd was on hand Sunday afternoon at Lily Baptist Church in Letohatchee as Christopher West was sworn in as the new Lowndes County Sheriff.

The Rev. Anthony Thames offered a prayer for the county, state and nation before West made remarks thanking all of those in the audience for their support and promising to serve the citizens of the Lowndes County to the best of his abilities.

For more on the story, see Thursday’s edition of The Lowndes Signal or visit www.lowndessignal.com