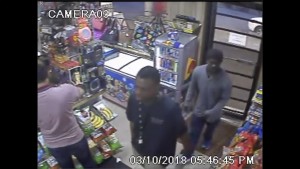 The Lowndes County Sheriff’s Office has officially notified Central Alabama Crimestoppers that two suspects wanted in reference to an armed robbery investigation at the Links Service Station in Letohatchee on Saturday, March 10 have been arrested.
Notification was given to CrimeStoppers on Tuesday, March 13 that they were identified and are now in police custory.
According to Central Alabama CrimeStoppers, on March 10, two males entered the business and attempted to steal beer from the store. When confronted by the storeowner, the two males pulled a handgun out to get the storeowner out of their way and fled the scene.
They were seen leaving in a dark colored newer model Ford Expedition with a Stivers Ford paper tag.
No other details were released from the Lowndes County Sheriff’s Office. This is still an
ongoing investigation.
Note: A criminal charge is an accusation. The defendant is assumed innocent unless and until proven guilty.