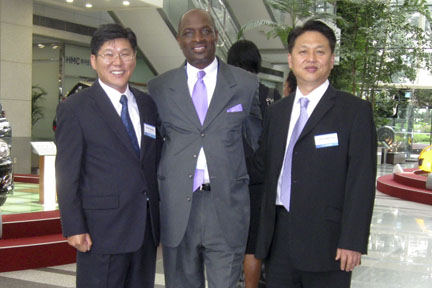 Lowndes County Commission Chairman Charlie King Jr. was among those who attended a Hyundai Motor Manufacturers of Alabama (HMMA) Community Leader Korean Cultural Trip where he said he tried to recruit more industry for Lowndes County.

The trip was funded by HMMA, according to King. “I think that I accomplished a great deal because what I did was I got a chance to dialog and learn their culture,” he said.

According to King, the trip to South Korea was held May 21-27, and the guest list included representatives from private businesses, clergy and community action groups.

King said, “The purpose of this trip was to introduce us to Hyundai Motor Company on its native soil in Korea, allowing us to communicate with HMC (Hyundai Motor Company) executives directly, tour the largest and most modern manufacturing facilities in the world and become educated on Korean culture and history.”