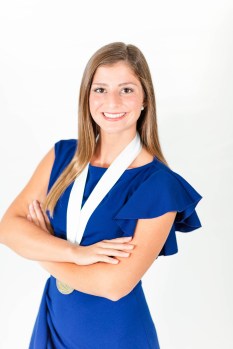 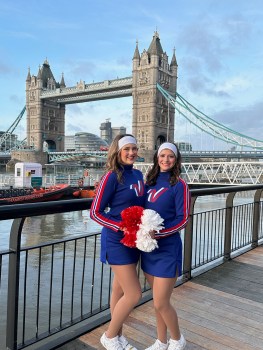 “It is an honor to represent Lowndes County in the Alabama Distinguished Young Women program,” Hooper said. “It means a lot to me to take part in something that promotes us to be healthy, ambitious, and involved. I encourage all young women to participate.”

Michelle Hooper, Harley’s mom, said the Lowndes Academy senior began weeklong preparation for the event on Jan. 15 and was hosted in the home of Spence and Cesily Agee, of Prattville.

Young women from across the state competed over the weekend event and were evaluated by a panel of five judges in categories of scholastics, interview, fitness, self-expression, and talent. Participants practiced and rehearsed all week without communication with friends and family except by cards and notes of encouragement.

In July, Harley represented Lowndes County as DYW and has worked hard to prepare for the state program, Michelle said.

She and other participants competed for $32,000 in cash scholarships and over $2 million in college-granted scholarships. The winner, Carrington Hodge of Helena, will represent Alabama as the state’s Distinguished Young Woman for 2023.

On New Year’s Day, Harley joined fellow Lowndes Academy cheerleader Molly Powell and other varsity All-American cheerleaders from across the nation to perform in a London New Year’s Day Parade at Piccadilly Square and helped raise more than £2 million for London charities.

Harley received $2,600 in awards through Distinguished Young Women in 2022.

Harley is active in sports and school sponsored activities at Lowndes Academy. She is the daughter of John and Michelle Hooper of Lowndesboro and plans to attend the University of South Alabama in Mobile.