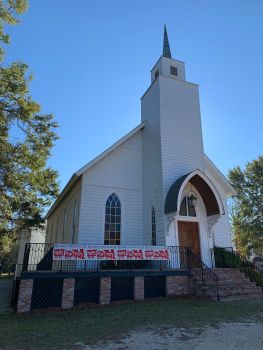 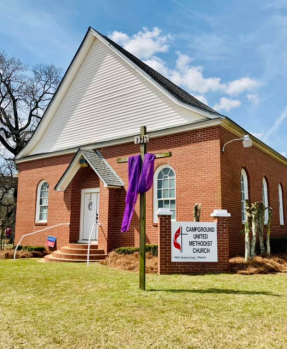 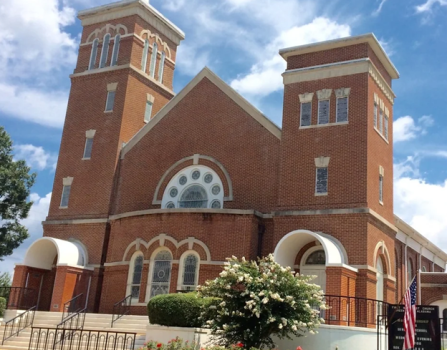 United Methodist congregations and ministers face difficult and painful decisions concerning whether to remain aligned with or disassociate from the second-largest denomination in the U.S.

The conflict, which began almost upon the church’s inception in 1968, centers around the denomination’s position regarding the sanctity of marriage and the qualifications of ordained ministry.

“[The Methodist Church] goes by the Book of Discipline,” said Lowndesboro United Methodist Church Pastor Ray Wells, who also serves congregations in Hayneville and Benton. “It outlines what the church is about and the direction the church should go. What’s happening is our western jurisdiction area has decided not to follow the Discipline and they are doing things outside the Discipline. They’re breaking trust with the rest of the United Methodist Church. For me, that’s one of the biggest issues. The other is a biblical issue of things going on in other churches. In a sense, they are becoming less Christian and more worldly.”

The issue came to a head in recent years, as some Methodist churches began operating outside the denomination’s established guidelines.

According to Shirley, the current Book of Discipline is a regulatory manual for the denomination which outlines doctrinal beliefs, church government, and qualification for service for church members and clergy.

As society has condoned and embraced homosexuality as the norm, Shirley explained, some Methodist Church leaders have openly defied the Discipline, dismissing Scripture passages regarding the issue to make allowances for the LGBTQ community within the denomination.

“We have always welcomed everyone to participate in our worship services,” Shirley said. “Yet, standards are set for leadership based on Biblical directives.”

“Discipline is what keeps us as United Methodist,” Cole said. “But there’s some other churches where people have defied or disobeyed the Discipline. Scripture is our main source [of direction] but this is how we govern our congregations and our theology.”

Churches in Butler, Lowndes, and Crenshaw counties are part of the denomination’s Alabama-West Florida Church Conference. As churches across America choose not to follow the Discipline, local congregations consider whether they will remain aligned with the denomination.

As churches consider all the facts, some have voted already, while others prepare to do so soon.

“Churches are exploring the options of disaffiliation (leaving the denomination),” Shirley said. “A portion of the congregations in the Alabama-West Florida Churches have held meetings to make the decision to leave or stay United Methodists. This is a major decision to be approached in prayer and always addressed in a Christian manner.”

Cole said churches such as Campground and Rutledge, which voted to disassociate, await ratification of their decision at a special called conference meeting in May. After disassociation, churches can choose to remain independent or to join another denomination like the Global Methodists or the Free Methodists.

“For churches who have met the criteria for this filing, the conference will vote May 7 and the vote will be ratified at a conference,” Cole said. “Once they vote on our decision, churches are free to leave with their property and assets. They will have to pay a disaffiliation fee, but they aren’t buying the property. Property belongs to the people, but is held in trust by the UMC.”

And while congregations consider their options, ministers face similar decisions on whether to leave or stay within the UMC.

“The clergy themselves have to choose and decide which way they are going,” Wells said. “The church can’t say, ‘You are our clergy person, so you have to go the way we go.’ We are assigned by the Bishop.

“Our hearts hurt for the church. We’ve got people on both sides that we care about. A homosexual person is a person of worth. It’s painful for everyone involved.”

According to Shirley, a proposal will be addressed in a June 2023 meeting to extend options for possible departure into the future. An April 2024 worldwide delegates meeting will consider legislative actions to be implemented in January 2025.

The UMC Book of Discipline will retain current content until that time.

“We’re still under the authority of the Book of Discipline from 2019,” said Luverne United Methodist Church pastor Brennan Peacock. “Based on that is how we’re continuing to do our work. If anything does happen, it’ll follow those protocols. We’ve not reached any decision. We’re still operating under the Book of Discipline. We’ve done a lot of great work in the community, and that’s our focus right now.”