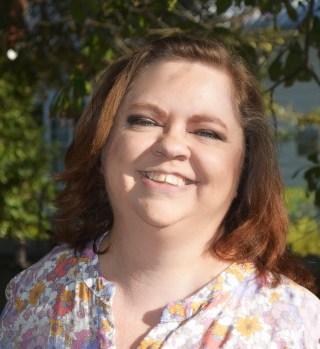 On Jan. 9, Lowndes County resident Melissa Peak delivered a plea to the County Commission. She requested their help to address a growing problem – the county being used as a dumping ground for abused, abandoned, and neglected animals.

According to Peak, who moved to the area in the late 1990s, access to animal shelters was a problem then, and residents still face this challenge today.

Local pet rescues and shelters in other areas – Greenville, Luverne, Montgomery, and Troy – helped hundreds of abused, abandoned, neglected, injured, and lost pets In 2022 by offering food, water, a warm, dry place to sleep; and ultimately, a loving forever home.

But not every community has an animal shelter or non-profit rescue. In Lowndes County, there is no formal organization tasked with helping the increasing number of strays that roam the streets and highways.

Peak described an injured dog she rescued near the brink of death recently. She paid more than $5,000 to restore him back to health because there was no local organization to help and nearby shelters were too full to accept him.

The Lowndes County Sheriff’s Office responds to stray and abused or neglected animal situations, but they have their hands full working hard to serve the other needs of Lowndes Countians. And according to Peak, no local law enforcement agencies employ trained humane officers to investigate abuse and neglected animal cases.

Whenever possible, animals are taken to a home or farm for fostering and officers try to locate someone willing to adopt. Other times, the call has come too late and euthanasia is the only humane option.

A few kind-hearted citizens help where they can. Some feed strays and post on social media, trying to get them back home.

Others, like Tammey Elliott, rescue injured and abused animals from debilitating neglect, going to whatever means necessary to provide help for pets that cannot help themselves.

But the sad truth is that Lowndes County animals have no advocate to ensure their welfare.

Social media reports suggest the neglected pig, Jaylee, which Elliot worked so hard to save was humanely euthanized afterward due to the severity of her condition. Jaylee became another pet for whom help came just a little too late.

All three of my pets are rescued animals. Maggie the momma dog, and Lilo, the “ninja” cat, came from local rescues.

Mellie, a sweet and gentle stray pup, adopted us when she wandered into our yard, half-starved and covered in fleas. In the span of two days, she quietly wrapped herself around our lives and hearts, and we found ourselves unable to let her go elsewhere.

Lowndes County animals desperately need advocates: a shelter, a humane society, a non-profit organization with volunteers committed to help the animals that only want love, a full tummy, and a cozy bed.

Maggie’s former owner was poised to dump her beside the road when he encountered the rescuer who saved her. When I look into Maggie’s big brown eyes, cloudy now with old age, I’m thankful someone took the time to be her rescuer.

The Maggies, the Jaylees, and all the others desperately need rescuers too, people committed to ensuring their welfare.

Much is needed, but it can be done. The question remains: will we do it?

Our view: Lowndes County demonstrates many examples of how to give back