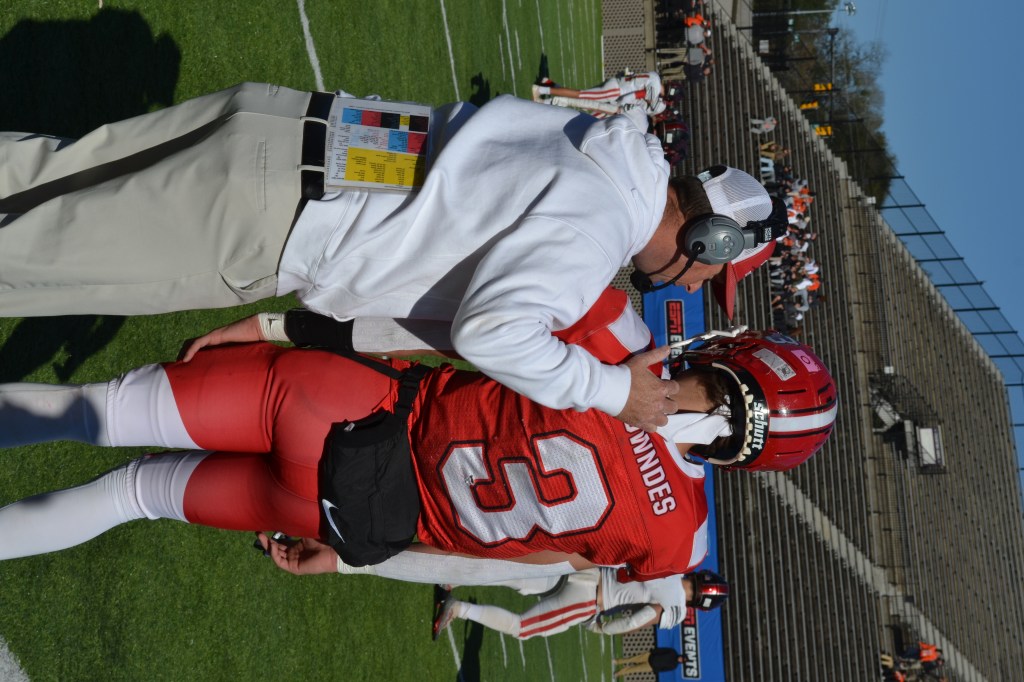 Lowndes Academy, fresh off back-to-back Class A state championships in Alabama Independent Schools Association play, landed eight players on the squad – all slotted to the defense, despite some boasting equally-impressive offensive stats.

Rebels junior Clayton Hussey led the group as a first-team selection at defensive back, where he registered a team-leading nine interceptions.

“I think this is awesome,” said Lowndes Academy head coach Shane Moye. “These high school kids work hard, and they should be able to see their names in the paper and things like this. To win these types of awards, it might not mean a lot to a lot of people, but I love the way that y’all are doing this. I’m very thankful for it. I know the kids are, and I know their parents are.”

Three players from Central Hayneville and two from The Calhoun School joined the squad to round out representation in Lowndes County.

In Butler County, Fort Dale Academy finished its season with a 4-6 campaign, but still managed to place nine players on the roster, the most of any school in the tri-county area.

Eagles junior Alan Alvarez stood out from the group, landing at first-team kicker, but he also contributed to his squad on defense, at wide receiver, and at kick returner.

Georgiana’s bounce-back season netted six selections to the tri-county team, including the county’s Player of the Year, sophomore wide receiver Kaveon Miles, who caught 38 passes for 764 yards and nine touchdowns.

Four players each from McKenzie School and Greenville High School made the team.

“It’s great, and for what they’ve done, they need to be recognized,” said Highland Home head coach Will Pouncey. “They’re the ones putting in the work and showing up every day in the summer. They’re the ones putting in the blood, sweat, and doing what we ask them to do. This is not for everybody, and it takes a lot of sacrifice to be successful. A lot of kids that do this and put in all this time are not going to get the recognition for it, but I’m glad for any recognition our guys can get because I know what they’ve put their bodies through, and I know the sacrifices they (make) for this football program.”

Congratulations to the following athletes for their selection to the first-ever Trifecta Tri-County Football Team: