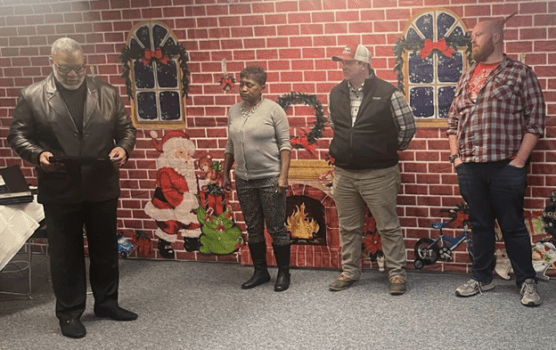 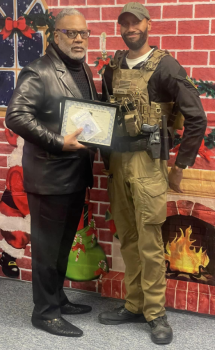 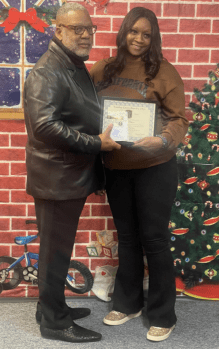 The public recognition is part of West’s leadership strategy of showing appreciation and rewarding performance when accomplishments merit more than a mere handshake.

“The thing about being a sheriff is you’re not the one that’s truly in charge of the agency,” West said. “The citizens elect you to lead for a while. It’s important to recognize the people who create our success because we’re only as successful as your team makes you.”

West recognized 11 officers who received promotions as a reward for their hard work:

West’s willingness to recommend promotions means a lot to the officers, said Prince Williams, newly promoted from corporal to sergeant

“It feels surreal to feel like I have an impact in the small time I’ve been with the department,” Williams said. “Everyone who has been promoted deserved it. Everyone has been going above and beyond to try to make sure not only all employees are taken care of, but the county as well.”

Many officers see their career in law enforcement as a calling and for some like Bonessa Davis, who started her career as a dispatcher in 2001, the promotion from Jail Warden to Chief of Staff, helps her serve people, whether they are inmates, officers, or citizens.

“It’s really beneficial to me because I come in contact with a lot of different people who have different needs,” Davis said. “I interact with them and try to help, so it’s rewarding. I like my job and I like helping folks. I’m in a position to help inmates and correctional officers. It’s never been about the money for me.”

In addition to recognition, West said he tries to show his appreciation to officers every day and offers support whenever needed.

“Whenever I meet one of our people on the sidewalk, I always hug them,” West said. “You never know what people are going through in their daily lives at home. Sometimes a handshake just won’t do it. I like to let them know I love and care about them.”