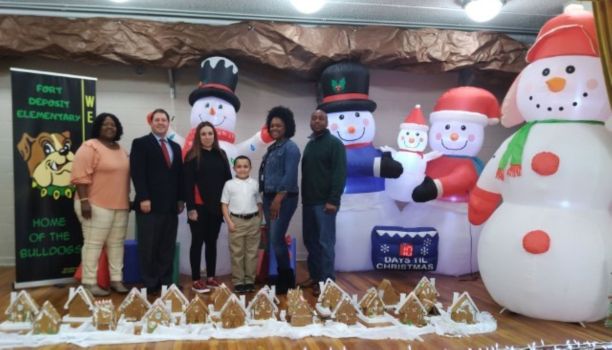 “Ethan exemplifies the character of a true King,” Principal Latonya Love wrote in Boyden’s nomination. “He is very mannerable. Ethan is a highly intelligent student and is able to apply his knowledge in the classroom setting as well as in his daily life. Ethan is thoughtful and kind toward others and is very much like by his peers and teachers.”

Boyden serves as a peer helper at the school, exemplifying the definition of the term leader.

“He is a leader among his peers and possesses the ultimate responsibility of leading by example with the power to motivate others to be successful,” Love wrote. “Ethan maintains a positive attitude. He greets his teacher daily with a big smile and sometimes even a hug.”

The juvenile court awards the honor to one student each month, recognizing each nominee with a certificate and granting a $50 Walmart gift card and t-shirt to the selected student.

“We started the Character in Action program in order to recognize those children doing outstanding things in their home, their school, or their community,” said District Judge Adrian Johnson. “Unfortunately, in the court system, we have to deal with children that are in trouble that are going through difficulties. And we don’t do a good enough job of recognizing those children that are doing outstanding things.

“We had an opportunity a few years ago to start this program, just as our way of congratulating the children that often go unnoticed, children that are doing really outstanding things. It’s our opportunity to just tell them congratulations and to give them a small token of our appreciation.”

One student is selected each month and once a year, the court system hosts a dinner to kick off the program. COVID-19 paused the event, but Johnson hopes organizers can begin again in 2023.

“The child selected exemplifies what we’re trying to do with the character Action Program and has been doing really outstanding things,” Johnson said. “And it can be anybody from a senior in high school that’s doing great volunteer work in the community and is really engaged in their school, or it could be a first grader who is kind to their fellow students, is attentive in class, and is helpful. We try to make sure that we spread it around throughout the county, that we recognize our different schools each month and a different age student. We try to make sure that every child is eligible.”