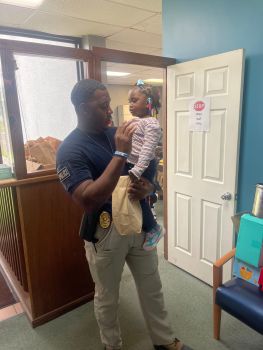 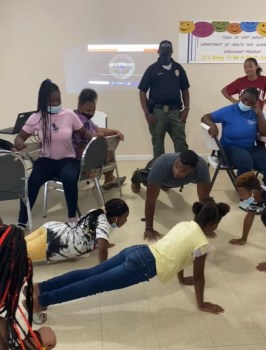 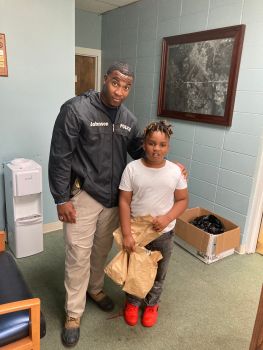 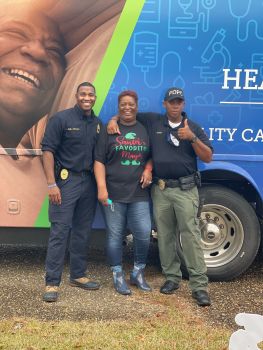 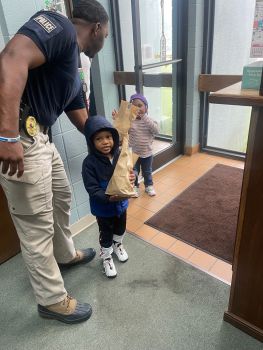 At the time, he had no plans to pursue a career in law enforcement, but a stolen wallet led to a job offer. He has been intentionally seeking opportunities to mentor and be a positive role model for area young people ever since.

“Working here, I see that [youth] don’t have much [to do},” Johnson said. “They only know what they see. So, I’ve tried to give them a different outlook and show them there’s more to do, more out there than what they see, that they can become more than what they are accustomed to.”

The Andalusia native was offered a job on the force when he lost his wallet while passing through the town for a security detail. He hesitated at first, but eventually elected to stay and make a difference in the small Fort Deposit community.

“I ran into the current chief, and he offered me a job,” Johnson said. “I didn’t want it. I kept telling him I didn’t want to be a policeman, and I had never thought about policing. But I thought about it, called my mom and we talked about it. She encouraged me to do it and it’s the best choice I’ve made.”

Johnson goes out of his way to interact with Fort Deposit youth. Sometimes he stops to play football with them in their yard or takes them out to eat for more one-on-one conversation.

“Last week I took two juveniles out to eat wings and talk about things,” Johnson said. “They really enjoyed it. I play basketball with them, or if I see them playing football in the yard, I stop to play and just build rapport.

“Before I started working, there was a bad history of officers not doing what they are supposed to do. I wanted to let kids know they can trust the police, because they are raised being told the police are bad. I try to show them that we’re human, and we are here to help.”

According to Lowndes County Juvenile Probation Officer Keisha Lee, Johnson mentors many Fort Deposit youth, especially the young men, filling a gap as a male role model that she is unable to bridge as a female.

“He goes above and beyond to ensure that [young men] have some kind of guidance,” Lee said. “Every child, especially boys, needs that male figure in their lives. I can’t fill that role as a female. Some talk to me because they don’t have a good relationship with their parents. Some don’t have a father figure, so [Johnson] stepped in as a mentor. They seek him out to talk. He mentors them and guides them to put them on the right path.”

Johnson instructs youth classes on substance abuse awareness and plans to help with an upcoming mentoring program through the juvenile court system.

“I want to do anything I can to help the kids,” Johnson said. “I just go out and participate, go to their games, and things like that.”