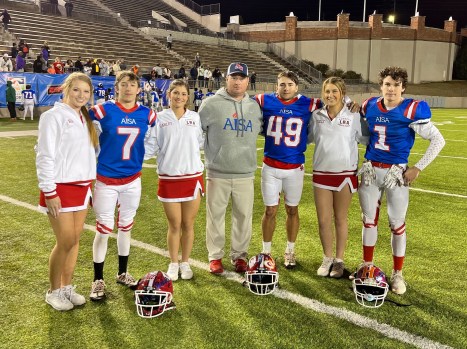 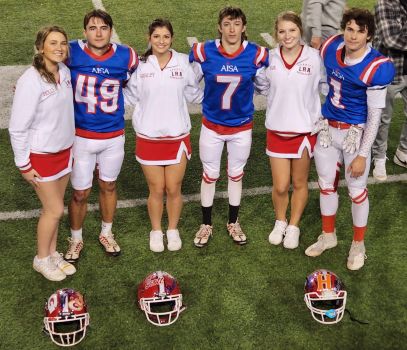 Lowndes Head Coach Shane Moye coached the East All-Stars team, leading them to a 36-22 win over the West All Stars.

“The game was a great representation of our school in a positive way,” Moye said. “Our players and our cheerleaders did a great job of representing our school and showing that they are leaders by going out there, playing hard, and doing right. That’s what we stand for — always trying to help our kids do right when they leave school.”

The athletes reported to the competition on Wednesday before Friday’s game, to practice and fellowship with other athletes from around the state.

“The East had a really great selection of players this year,” Thomas said. “Most of the time, we face those players on opposite sides of the ball. All three days, we were on the same team, working together to accomplish the same goal, and each of us brought something to the table.”

According to Moye, the experience helps athletes build bonds outside their own small community.

“What’s good about AISA is we get to build relationships outside of our school,” said Moye. “All three boys contributed to the team in some way. They traded helmet stickers with players from other schools. It’s a good time for them.”

Volunteer cheer coach Kristen Harrell said Powell, Hooper, and Casey tried out for the All-Star squad during AISA’s cheer camp at Troy University in the summer. Their selection was based on performance during tryouts.

“[All-Stars] is something those three senior girls shared,” Harrell said. “Molly has cheered at Lowndes for six years, Ava and Harley for five. This is something they’ve always strived for. It’s a very big honor to represent Lowndes Academy in the game and it’s something that all of the cheerleaders look forward to doing in their senior year.”

Athletes who participate in the All-Star Game and meet benchmarks for grade point average and ACT scores have the opportunity to apply for an AISA scholarship. One player and one cheerleader from each team receive scholarship awards.

Hooper received the East All-Star Cheerleader Scholarship, an award of $500.00.

The Lowndes senior hopes to pursue a degree in engineering at the University of South Alabama this fall and said she also enjoyed the All-Star experience.