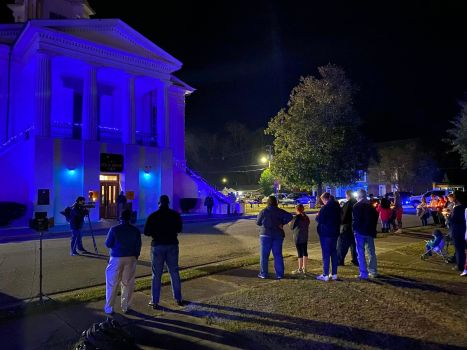 Lowndes County officials partnered to host the third-annual candlelight vigil honoring the life of “Big John” Williams on Nov. 22 at the Courthouse in Hayneville. 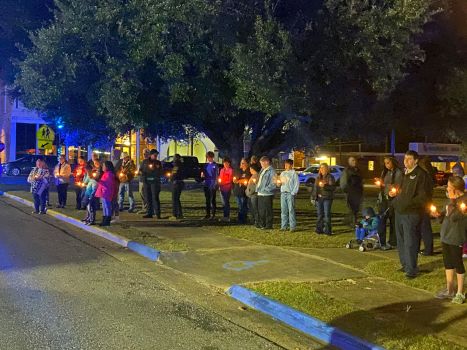 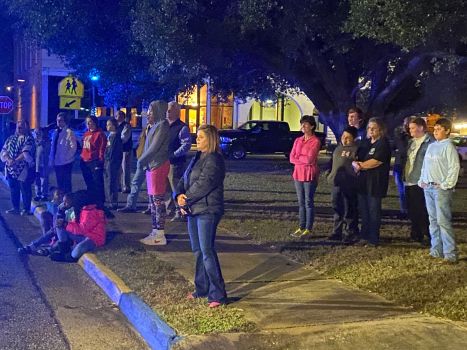 Lowndes County residents who gathered to honor “Big John” Williams recalled his time, love, and sacrifice to serve the community.

Lowndes County citizens and officials gathered at the courthouse in Hayneville on Nov. 22 for a candlelight vigil to celebrate the life of Sheriff John “Big John” Williams.

“This is a very somber occasion,” said Lowndes County Sheriff Chris West. “Everyone gathered here, Sheriff Williams touched their lives in some shape or form.”

West recalled memories of Williams riding around town, blowing an air horn, and waving at those he encountered.

“He was just a wonderful guy,” West added. “It makes us feel good, within our agency, to know that citizens of our county will still come out and support us in this [vigil].”

Williams was shot on Nov. 24, 2019, while responding to an incident at the QV convenience store at the intersection of Highway 21 and Highway 97, near where the annual vigil is held.

Each year since Williams’s death, officials have hosted the event to honor Williams and grieve his loss together.

County Coroner Terrell Means worked as a correctional officer under Williams and served as acting Sheriff after Williams’ death. Means said he stepped in to help plan the vigil to honor the way Williams inspired everyone he worked with.

“He made everybody proud,” said Means. “One of the things we’ve tried to do is to bring the community closer together and to do better service, to let our community know his legacy will never die.”

For many residents, Williams was just like a brother, and his death deeply impacted the close community.

“[His death] left a big void in Lowndes County because everybody respected him,” said Lowndes County Tax Collector Roslyn Smith. “When he walked into a room, everybody paid attention. When he raised his voice, everybody stopped to listen because that’s the type of person he was. He had that much respect here in the county.”

Citizens and county officials like Smith shared fond memories at the vigil and talked of the way Williams cared for and watched over them.

“Big John was my brother,” Smith said. “If I was out late and night and I needed somebody, Big John would go home with me and make sure everything was okay.”

Lowndes Academy cheer coach Kristen Harrell, whose parents Sandy and Leanne own the QV store, counted Williams among her friends. During the vigil, she explained how a recent study of Philippians 1:6 reminded her of the good works Williams did during his life and service to Lowndes County residents.

“The time, love, and sacrifice that our Lowndes County Sheriff’s Department provides doesn’t go unnoticed. The continued hours of service and seeds that Big John planted are being fruitful throughout all of us.”

The Gathering to bring Lowndes County together in love