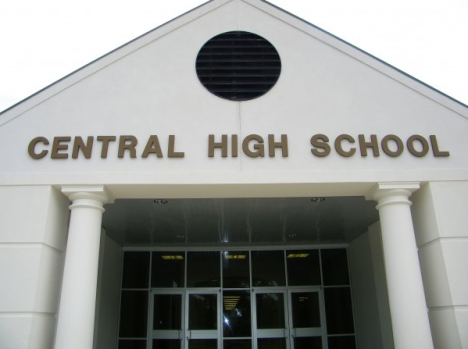 Central High School in Hayneville received a passing grade D and proved 100% academic growth in spite of ranking in the bottom 6% for performance measured by the Alabama Accountability Act of 2015.

Lowndes County schools received a C, with an overall score of 74 on the ALSDE Report Card for the 2021-2022 school year. Butler County rated a C as well, earning a score of 76.

“The report card is a better indicator of what a school can do,” said Lowndes County Public Schools Superintendent Jason Burroughs. “It accounts for more than just academic proficiency. It also looks at academic growth, which shows what a teacher has done over the course of the year.”

In Lowndes County, Central Elementary School in Hayneville scored a D on the ALSDE Report Card, an overall grade of 60, but proved academic growth of 78.4%. Central High School also received a D, but a higher score of 69, 100% growth and 77.78% graduation rate.

Butler County’s Greenville High School earned a D, with a score of 60. In spite of the low score, the high school experienced 76.1% academic growth and a 75.16% graduation rate.

“Look at the report card and the enormous growth that is happening across our district and how the improvement is occurring,” said Butler County Public Schools Superintendent Joseph Eiland. “This is an indicator that we’re on the right track and we’re doing all the right things.”

The annual lowest performing list is a requirement of the AAA, which calls for measuring students’ performance on English language arts and math assessments to define “failing schools” as those falling in the bottom 6% of public Alabama schools.

Burroughs attributes the elementary school’s low proficiency to last year’s teacher shortage. Some classes went without certified teachers. For many classrooms, substitutes and uncertified teachers supplied instruction for much of the year.

Juniors must score at least 19 on Math as well as English and Language Arts sections, Burroughs added. Many juniors are taking the ACT for the first time, Burroughs noted, and those found below the standard are not assessed again later for the list to gauge improvement.

“If they’re not at those particular marks at that point and time they’re not considered to be proficient,” said Burroughs. “Students can continue taking the ACT beyond their senior year and many get much higher scores as seniors, but those don’t count [for the list] so it’s basically what those do on that one day that’s measured.”

Burroughs said Lowndes County public schools have measures in place to improve performance. At Central Elementary, all classes are now fully staffed with certified teachers or teachers on approved tracks toward certification. At Central High, specialists are working with students and teachers to provide instruction and strategies on preparing students for the assessment.

Greenville High School experienced challenges too, Eiland said. Among those was a high truancy rate during and after the COVID-19 pandemic. Students who missed school were naturally behind, Eiland noted, but those numbers are steadily improving.

“We’re going to work hard to improve so schools can come off the list,” Burroughs declared. “I feel very confident that those schools won’t be on that list next year.”