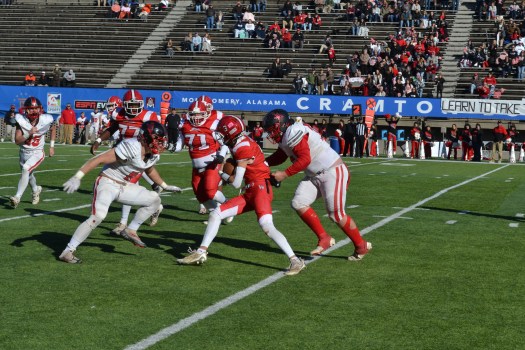 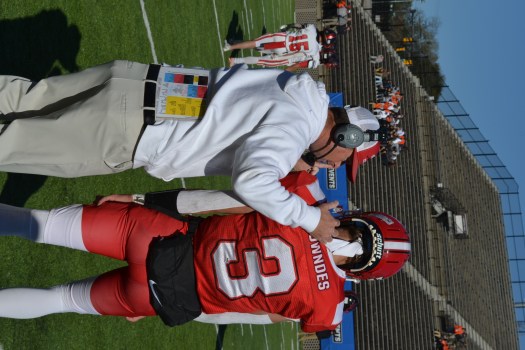 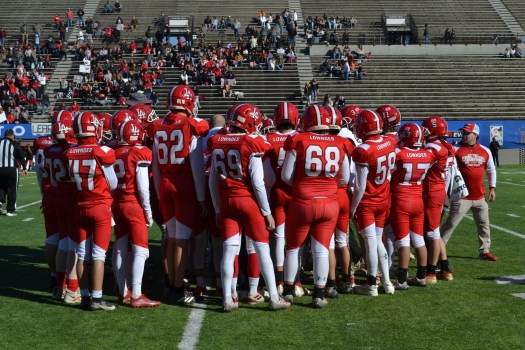 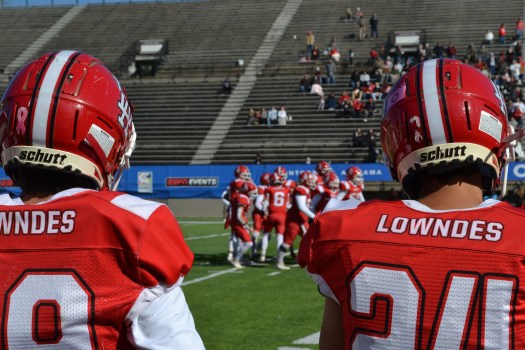 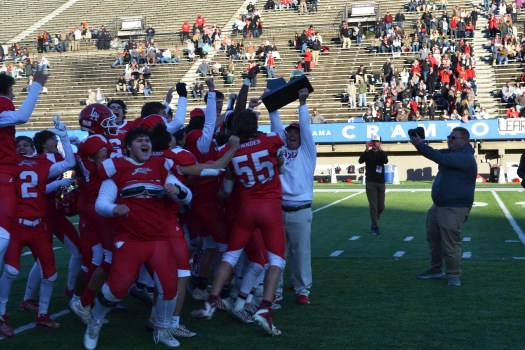 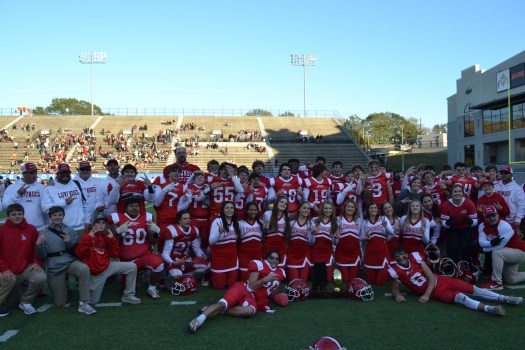 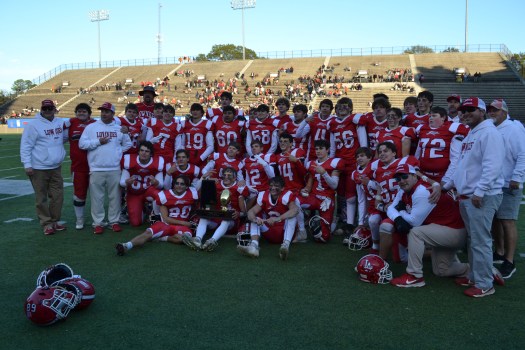 Lowndes Academy claimed its second consecutive Alabama Independent Schools Association Class A state championship in a 24-8 victory over Jackson Academy at the Cramton Bowl in Montgomery on Thursday.

With 7:38 remaining in the third quarter, Rebels quarterback Clayton Hussey put his team ahead for good via a 40-yard touchdown pass to Noah Smith to make the score 13-8.

Lowndes Academy head coach Shane Moye said the victory meant the world to his program and his kids accomplished a task they set out to do from the start of the season.

“The kids were sold on it, and they played so hard with so much pride and so much heart,” Moye said. “They give everything they’ve got for each other. It doesn’t matter at the end of the day who gets the limelight, who gets the ball, who scores the touchdowns, who makes the tackles – they don’t care. They pick each other up, and that’s a big reason why we are where we are.”

The Eagles held an 8-7 lead for just under two minutes when quarterback Huntley Dees found Joseph Barnes on an 11-yard touchdown pass with 9:35 to play in the third stanza. Jackson Academy succeeded on a two-point conversion to go ahead of the Rebels.

Once the Rebels regained the lead and forced the Eagles to turn the ball over on downs in the red zone, Hussey and his team found themselves facing fourth-and-4 from their own 26-yard line.

The Rebels lined up in a punt formation, but Hussey carried the ball on a 9-yard run for a first down on a play Moye said wasn’t called to be a fake punt.

“I’m not going to take the credit, but Clayton has the option if he sees a lane to do it,” Moye said. “I had just gotten on to him for throwing it to the wrong person and making the wrong read, and chewed him out. Then, he did that. I looked at him and said, ‘You made up for it.’ At the end of the day, it was just him making a play.”

Hussey shined through the air and on the ground for the Rebels, going 8-of-15 for 115 yards with a touchdown and interception and rushing for 117 yards and two touchdowns on 21 carries.

His first rushing touchdown, a 19-yard run, put the Rebels ahead 7-0 in the closing minute of the first quarter. He added a 1-yard touchdown run with 1:31 left in the third quarter to extend his team’s advantage to 21-8.

Midway through the fourth period, Rebels kicker Watters Box nailed a 35-yard field goal to widen the gap to 24-8.

Scott Stinson led Lowndes Academy in receiving with five catches for 58 yards as he helped his offense sustain several drives. Stinson contributed defensively with several pass breakups to shut down the Eagles’ offense.

“I just read the quarterback’s eyes,” Stinson said of his defensive efforts. “To me, everyone hawks someone down with their eyes. No matter who it is, they hawk that person down, and as soon as they (draw) back, that’s who they’re going for … I have good speed, so I have a tendency to get there before their receivers do.”

Luke Lovell led Lowndes Academy in tackles with five, while Dominic Dougan chipped in a sack.

The Rebels held Jackson Academy to minus-5 yards rushing, forcing the Eagles to try to beat them with Dees’ arm. Dees finished 11-of-30 for 183 yards with one touchdown, an interception and a fumble.