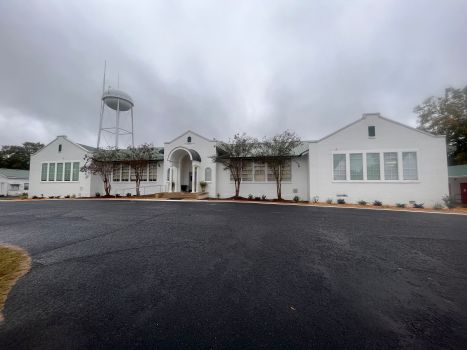 Lowndes Academy’s main building was constructed in 1924 as the Lowndesboro Female Institute. 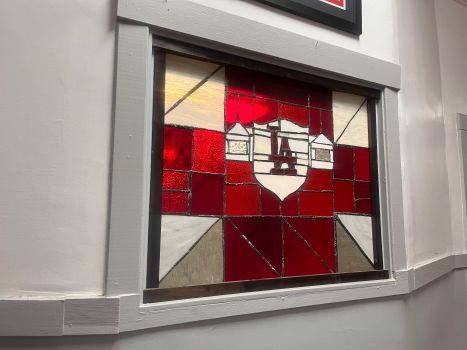 Two years ago, Lowndes Academy students designed and assembled this stained-glass window to decorate the foyer of the campus’s historic main building. 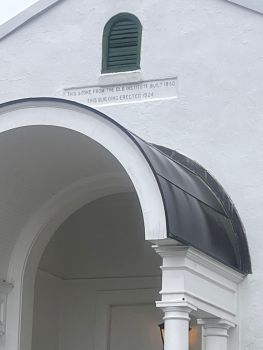 The cornerstone of the original structure built on the site in 1850 was placed above the current building’s arched entryway after fire destroyed the building in 1924. 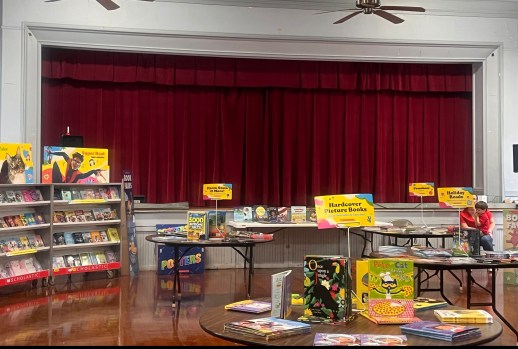 The center wing of Lowndes Academy’s historic main building was first designed as an auditorium. The space later functioned as a library but has recently been converted back to an auditorium for school plays, concerts, pageants, and other events.

Lowndes Academy began serving Lowndes County families’ educational needs in 1966. But the school’s legacy spans back nearly a century through a historic structure at the heart of the Lowndesboro community.

The campus’ main building, constructed in 1924, remains a source of pride today for students who connect to their local history through the building.

“A lot of students have family members, whether it’s their parents or others, who have gone here,” said Barry Mohun, Lowndes Academy headmaster. “Family members remember the wood floor and high ceilings and pass that on to the children. They appreciate the building more because of that.”

According to Lowndesboro Landmarks Foundation President Tyson Howard, the residents of Lowndes County established a boy’s and girl’s school around 1830. The school operated for seven years and split in 1837 to become the Lowndesboro Female Institution.

Around 1850, the institute relocated to the current Lowndes Academy site, operating there until the structure burned.

Howard says the current building was erected in 1924 and functioned as Lowndesboro Elementary. Two wings were added in 1935, expanding its capacity to serve up through grade nine.

“At some point, it went back to serving up through grade six and was closed in 1957,” said Howard. “The kids went to Hayneville Elementary School after that.”

The Lowndesboro Recreation Club purchased the building for use as a recreation center until 1965.

According to Howard, the building is designed in the standard school layout of its day, an “E” shaped plan with three parallel wings — two containing classrooms and an auditorium in the middle.

The basic building material is fire resistant, glazed hollow blocks with stucco on the front side and part of the rear. Sloping parapet walls hint at Spanish flavor and the interior architecture remains remarkably unchanged and well cared for.