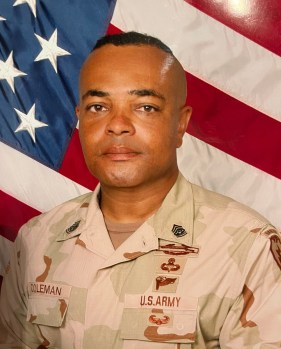 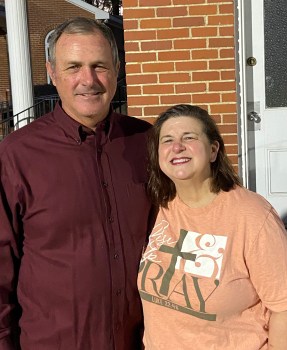 Lowndes County native Robert Haigler is grateful for the support of his wife Barbara during his years of military service. 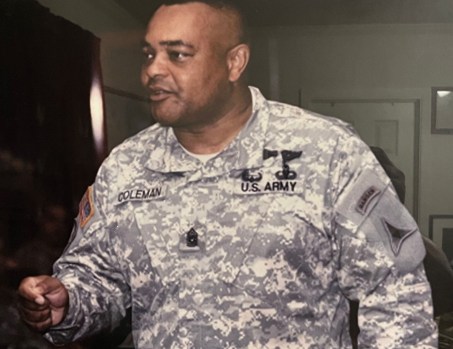 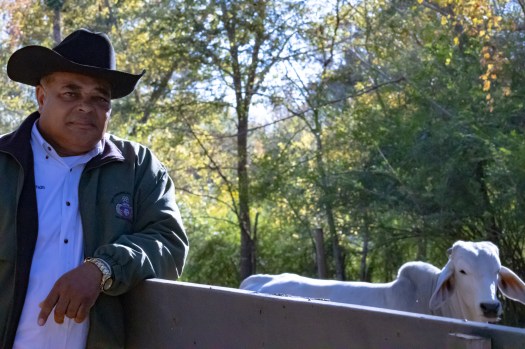 United States military veterans Robert Haigler and Arthur Lee Coleman, Jr. served their country with pride, and after many fulfilling years of service., each returned home to Lowndes County.

Haigler served six years in the U.S. Marine Corps Reserve while attending college at Mississippi State. He joined the Army next, serving five years, from 1986 to 1991 and deployed as Master Sergeant to the Gulf War as squad leader in the 1st Battalion, 2nd Infantry, 101st Airborne Division from 1990 to 1991.

After completing his term in the Army, Haigler transitioned into the Army Reserve for a few months before settling into the Army National Guard, from which he retired two years ago.

Haigler deployed as a master sergeant to Afghanistan from 2013-2014 and specialized in infantry throughout his military career.

“I was with the 226th Maneuver Enhancement Brigade and we were in Kabul,” Haigler recalled. “We had responsibility for Kabul province. I was what they call a battle noncommissioned officer. We were responsible for a series of bases in Kabul, providing quick-reaction forces, and tracking issues and encounters in the area, basically managing the area.”

Haigler said he joined the Marines to see if he could do it. Knowing the training would be difficult, Haigler thought if he could pass that, he could accomplish anything.

“I always felt I should serve my country in some form or fashion,” Haigler reflected. “I really felt that from the time I was a young teenager, when I was old enough to begin serving. Personally, I’ve always felt it is one’s responsibility if you’re willing to serve their country.’

Today, Haigler works at Greenthumb Nursery in Montgomery, but carries with him lessons he learned in his years of service in the active military and at home in the National Guard.

“There are so many things that are important in life,” Haigler said. “I think [witnessing war and natural disasters] helps you appreciate life much better.”

Retired Command Sergeant Major Arthur Lee Coleman. Jr.  served for more than 35 years in the Army until his retirement in 2013.

Coleman held countless leadership positions throughout his career before deploying in Operations Iraqi Freedom and Operation New Dawn, where he was responsible for 200,000 service men and women.

The Mount Willing native graduated from Calhoun High School and joined the Army on his 18th birthday. He continued formal education throughout his career and earned degrees from the University of Hawaii as well as Excelsior College and the National Defense University.

Coleman’s father, Arthur, served in World War II, and Coleman said he joined the military to be like his dad and to pursue a higher calling than anything else he had considered.

“I love the outdoors,” Coleman explained. “[The army] connected to me more so than any other branch and anything else I wanted to do. I love the patriotic part of service and the fact that you get to serve something higher than yourself.”

In his military years, Coleman enjoyed impacting the lives of others and grooming young men and women into mature, seasoned leaders.

“I was able to help soldiers and families in so many different ways, from education, to the different assignments, to just being a senior advisor and having a serious impact on the direction of the Army,” Coleman described. “I miss the grooming part.”

During his deployment, Coleman witnessed hard, unbelievable things. He doesn’t dwell on that part, he said, but remembers how God carried him safely through.

“You don’t remember things you don’t want to remember, like seeing someone you just talked to being blown apart,” he reflected. “The thing I remember about combat is those soldiers were really trained. They expedited their training, they executed their training, and they came back home. Some didn’t. I try not to dwell on combat as much as I do about helping families and soldiers while I served the country.”

Lowndesboro churches cross denominational lines to love their community together