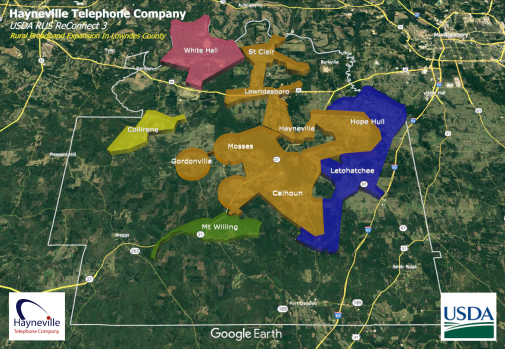 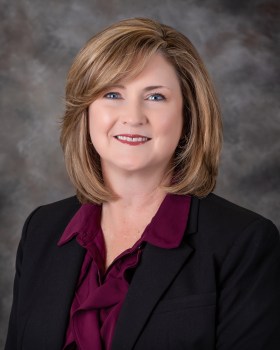 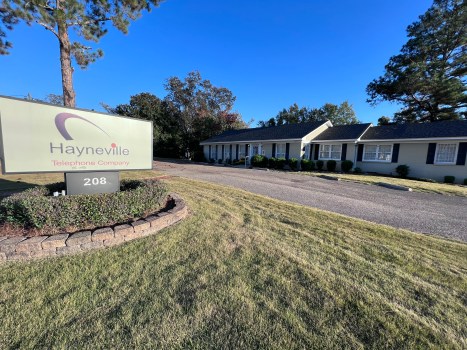 Howard and Jessie Powell, grandparents of Hayneville Telephone Company President Evelyn Causey, purchased this home in 1946. The utility still operates out of the structure today. 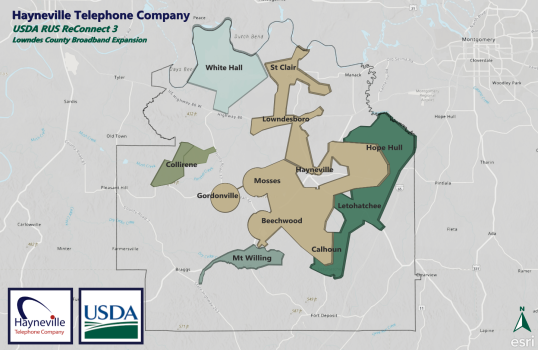 The United States Department of Agriculture announced the awarding of $25 million to Hayneville Telephone Company through the Rural Utilities Services ReConnect Program on Oct. 27.

Hayneville Telephone will use grant dollars to construct 279 miles of fiber cable over approximately 216 square miles, expanding broadband services of up to 1GB via a Fiber-To-The-Premises network to 4,646 residents throughout most of Lowndes County.

“Fiber to the home is kind of like the Cadillac version of internet services,” explained Hayneville Telephone President Evelyn Causey. “We have connections to the internet that are hardened and fast and as weatherproof as you can get. This program was created to serve citizens in rural areas, to enable them to have fiber internet services.”

Causey said fiber optic capabilities are limitless and can serve all needs of homes and businesses. Users can simultaneously stream video, upload data and pictures, work from home, or attend school remotely, she added.

Michelle Peel’s family was one of the first to acquire digital subscriber line (DSL) internet service through Hayneville Telephone in the 1990s. And Peel, who worked from home at times during COVID-19 pandemic-related office closures, said teleworking was nearly impossible with DSL.

“It’s hard to be in video meetings on our internet,” Peel explained. “We have to wait for the call to buffer and it’s nearly impossible to be in two meetings at once. Fiber will allow us to work from home easily whenever needed.”

The utility will directly invest grant funding over a 5-year period. Construction is expected to begin later in 2023.

After construction, fiber internet plans will start around $59 per month, and eligible households may apply to receive a discount of up to $30 per month through the Federal Communications Commission Affordable Connectivity Program.

“We’ve already completed six ADECA (Alabama Department of Economic and Community Affairs) projects in our area,” Causey said. This is going to be another complement to the things we’ve been doing for [nearly] 80 years to bring services to rural counties.”

Hayneville is a private, family-run utility which began operating in 1946, when Howard and Jessie Powell purchased the Sutherland family’s home after a fire destroyed their own home.

The telephone company, consisting of a living room switchboard and 50 customers, came with the home and still operates in the same structure today.

“So, we’ve been around for 76 years,” Causey reflected. “My granddaddy tried to sell AT&T the company in the late 1940, and then offered to give it to them. But AT&T did not want to serve rural Alabama, so they continued to say no.”

Causey’s family has been running the telephone company ever since. Her grandmother’s home still houses the business office and all operations.

“My grandfather, who ran a successful dairy farm, didn’t want any part of it,” Causey recalled. “But my grandmother loved the house, so she went and bought it. When he came home from work she said, ‘I found somewhere for us to live, but you’re going to have to run that telephone company.’ And that’s how they got their start.”