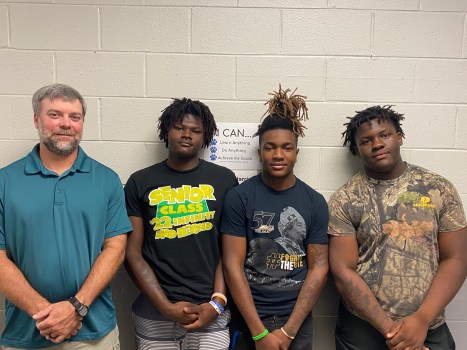 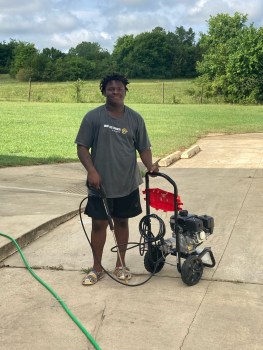 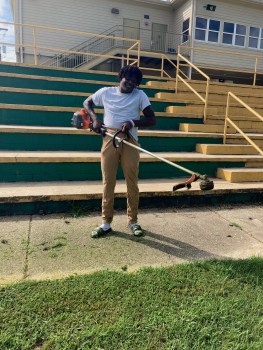 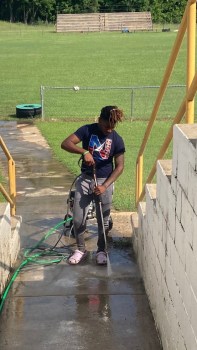 For more than a year, Imago Dei Church at the 45 has been spreading the Gospel throughout Lowndes County while meeting the needs of the community with food and Bible distributions and other types of service. The church plans to hold several weeks of Vacation Bible School events this summer in several communities in Lowndes County. Three students from Central High School see this as a unique opportunity to serve the Lord.

“We had a desire at the church to be able to take VBS to the community this summer and we were working initially with the Alabama State Board of Missions,” said Davey Lyon, pastor at the Imago Dei Church at the 45.

The goal was to have 10 college students work with the VBS program in Lowndes County, but also work in Selma for about four weeks in each location. About a week before the VBS was to begin, Lyon received a call saying they were unable to get any missionaries.

Lyon said he was praying about the situation when a business owner in the community contacted him and asked what he could do to help him this summer. Funding for materials and labor was arranged and Carlos Rush, Mario McCord, and Mario’s brother, Demarcus McCord were hired.

“I began praying about it and I had several guys who we had been working with at Central who had been asking about summer jobs,” Lyon said.

This funding allowed the students to begin working with Lyon and Imago Dei Church at the 45 during the summer to help not only with the VBS program, but also with several community based service projects.

“We have been at Central High School doing a lot of pressure washing and cleaning up on the bleachers, a lot of grass had grown up through the bleachers and that needed to be cleaned up,” Lyon said. “This week we are at Jackson Steele Elementary and they have some classrooms that need to be painted, so these guys are going to work on that along with waxing the floors.”

Along with the work, these young men also have been able to participate in Bible studies before the workday begins.

“The most important thing that we do every day is meet for a Bible study every morning before we do anything. We will pick a passage of scripture, read it, talk about it, we will also talk about what we learned the day before, how we can apply it and what it means,” Lyon said.

The study and discussion is not limited to the morning Bible study, but rather becomes a theme throughout the day as these young men and Lyon work and serve. The experience for these young men has been overwhelmingly positive as they have learned from Lyon this summer.

Rush, who recently graduated from Central, said that his favorite part of the work this summer has been working with the VBS in the Mosses community and the hardest part of the work was the pressure washing project at Central High school. Rush plans on attending Wallace Community College this fall, studying to receive his welding certification while playing baseball.

“I learned about having responsibility, about getting up every morning and about getting ready for work. I’ve also started to learn more about God and getting closer to Him,” Rush said. “Going into the communities and doing different projects, I began to see the difference we were making.”

Mario McCord, a recent graduate of Central High School who plans on attending Trenholm State Community College in the fall and working toward getting his CDL license and his welding certificate, said he’s thankful for the blessings he’s received with Davey’s help.

“This summer I have learned a lot about God and responsibility.” Mario said. “What we have done for the community is great and I am thankful that Mr. Davey has come into our life. He took us in and I am thankful for everything he has done. Seeing how the children change from start to finish and seeing the difference from day to day has been my best memory this summer.”

Demarcus McCord, who will be a junior this fall at Central High, said the work he’s done for the church and Davey this summer has changed his life for the good, which is something he is eternally grateful for.

“The work we are doing now is preparing us for work when we have a real job,” Demarcus said. “I want to thank Mr. Davey for the opportunity to make money this summer when he did not have to hire us. He is working hard to give us something that we have never had. We aren’t leaving the same as when we came. We knew who God was but we did not know God.”

Lyon plans to be able to have this discipleship program each summer as long as God provides the funds.

“My prayer is that this would be something we can do each summer,” he said. “Outside of my time with the Lord and the time with my family, I believe that the most important time I could have spent this summer is with these three guys. My prayer is that we have three guys next year that will be saying the same things said here today because we’ve poured into them.”

Imago Dei Church at the 45 was planted at the Prairie Creek Shopping center located at 6845 US Hwy 80 and began distributing food in the fall of 2020. Regular Bible study, prayer meetings, and food distributions are held there. The phrase “Imago Dei” is Latin for “Image of God” and Genesis 1:26-27 guides their mission work. Genesis 1:27 says, “So God created mankind in his own image, in the image of God he created them; male and female he created them.”