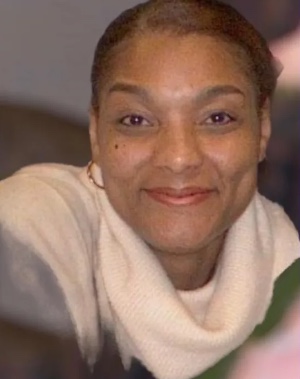 The award recognizes Bradley’s high standards of excellence and bestows upon her the honor of State Employee of the Year. The State of Alabama personnel issues the award each year, choosing one applicant out of 30,000 state employees. The pool of applicants included all employees in state departments, agencies, commissions and boards.

“It is an honor,” Bradley said. “The Black Belt Unincorporated Wastewater Project is one project that helped me win this award.”

Bradley has worked for years on trying to provide a solution for the wastewater crisis in Lowndes County. When one door would close, Bradley would open a window. “No” is not an answer she accepts when it comes to the health and safety of her community.

A docuseries named “Wasteland” that aired on Paramount Plus was sent out to every division and every department under public health by Bradley in hopes of bringing attention to the problems facing residents in Lowndes County and finding help to develop a plan to solve them.

The docuseries first aired in February 2022. In the first episode, Adam Yamaguchi reports on parts of Alabama where basic sanitation infrastructure is out of reach for tens of thousands of residents, leaving them near raw sewage.

“In what residents of Lowndes County, Alabama, refer to as a forgotten area of the country, many homes go without proper sewage systems. In one home, it is nothing more than a pipe that dumps directly from the toilet to a pit in the backyard, steps away from a window. Where septic systems are installed, sewage backups are all too common, spewing all manner of waste back into homes. Adam Yamaguchi meets residents struggling to upgrade their systems–and a couple of women on a mission to help bring much-needed change,” is the storyline according to IDMp.

“After that docuseries aired, we started receiving a lot of funding and a lot of recognition,” Bradley said. “When you look at the docuseries, it is truthful, and it is an authentic story about what we are doing. And it is the truth about Lowndes County. Some people want to show the darkness and the ugly when there’s not that much ugly when comparing Lowndes County to every other state.”

Bradley said she believes there is a lot of good going on in Lowndes County and wants to promote that.

Bradley remembers the first check that came to her for the wastewater project.

“The check mentioned Wasteland on it, and it was for $10,000,” she recalled. “And then a lot of other donations started rolling in.”

Bradley also sent the docuseries to Washington D.C. In addition, she credits the work put into that project with allowing the BBUWP to receive federal funding that was previously retracted.