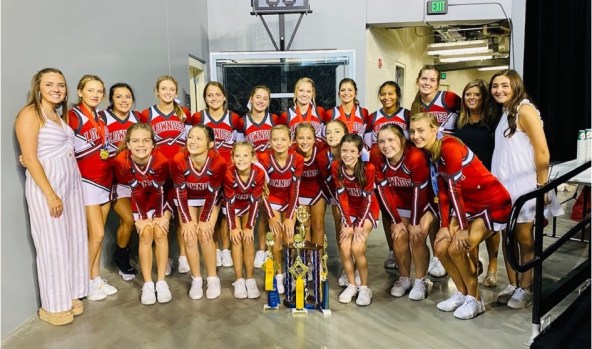 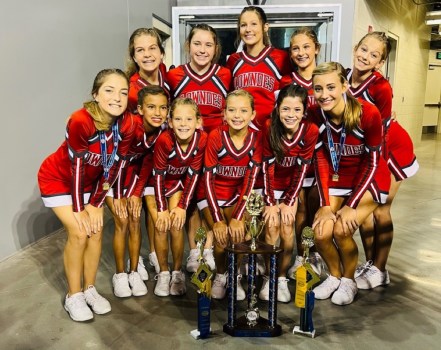 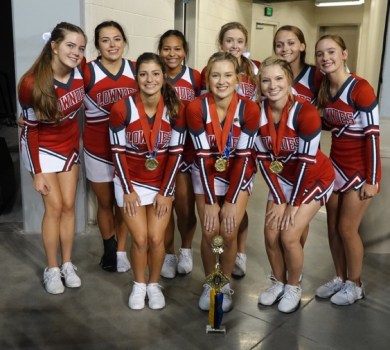 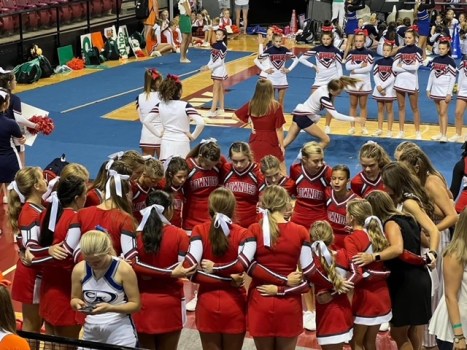 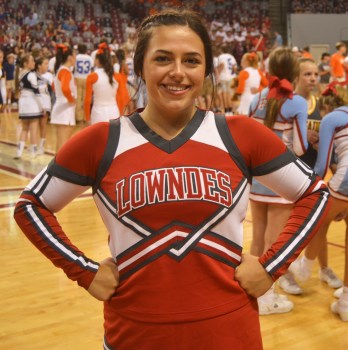 School spirit was on display last Thursday as the Lowndes Academy Varsity and Junior Varsity cheerleaders participated in this year’s UCA Champ, hosted by Troy University. This is an annual event for the cheerleaders and one they have been practicing for since the beginning of June.

“Every year we go to cheer camp at Troy University and it’s considered AISA’s State Championship,” Cheer Coach Kristen Harrell said. “We are a young team but they’ve worked really hard throughout the summer.”

Fans, parents, and the Lowndes Academy football team were on hand as Lowndes Academy brought home several awards from this year’s event. The Varsity cheerleaders won first place in the camp dance routine category where Ava Casey, Harley Hooper, Molly Powell were selected as AISA All-stars. Molly Powell and Harley Hooper were also selected as UCA All-Americans. Molly Powell was also named as a Pin it Forward recipient. According to the Universal Cheerleader Association’s official website, the Pin It Forward program recognizes standout qualities like leadership, kindness, and teamwork and is meant to be passed along to others.

“This group was an extremely young team,” Harell said. “We had eight cheerleaders out of twelve who had never cheered before, seven of those being incoming seventh graders. “They have worked extremely hard over the past several weeks and have learned a lot.

The Lowndes Academy Cheerleading program has been built on a winning tradition which is continuing with Kristen Harrell. Harrell has been the varsity and junior varsity coach for the past ten years. Harrell’s mother, Leanne Harrell, worked with the program, starting in the 1980’s laying a solid foundation for the cheerleading program. Pam Kilpatrick and Jana McIntosh coached after her, continuing the tradition of excellence.

“This program is something that we’ve tried to continue each school year,” Harell said. “It’s a wonderful program and these girls are considered the top leaders of our school.”

Since the majority of the cheerleaders at Lowndes Academy participate in other athletic programs throughout the year, this is the only cheerleading competition that these athletes will participate in.

“Right now our team is getting ready for the football season,” Harell said. “We have a big blacklight pep rally that is held during homecoming week and takes months of preparation.”

The Lowndes Academy cheerleaders and fans are looking forward to cheering on the Rebels during the upcoming football season. The varsity football team defeated Jackson Academy 21-6 in the Alabama Independent School Association Class A finals at Cramton Bowl completing the 2021 season at 11-3.