Solving problems one invention at a time 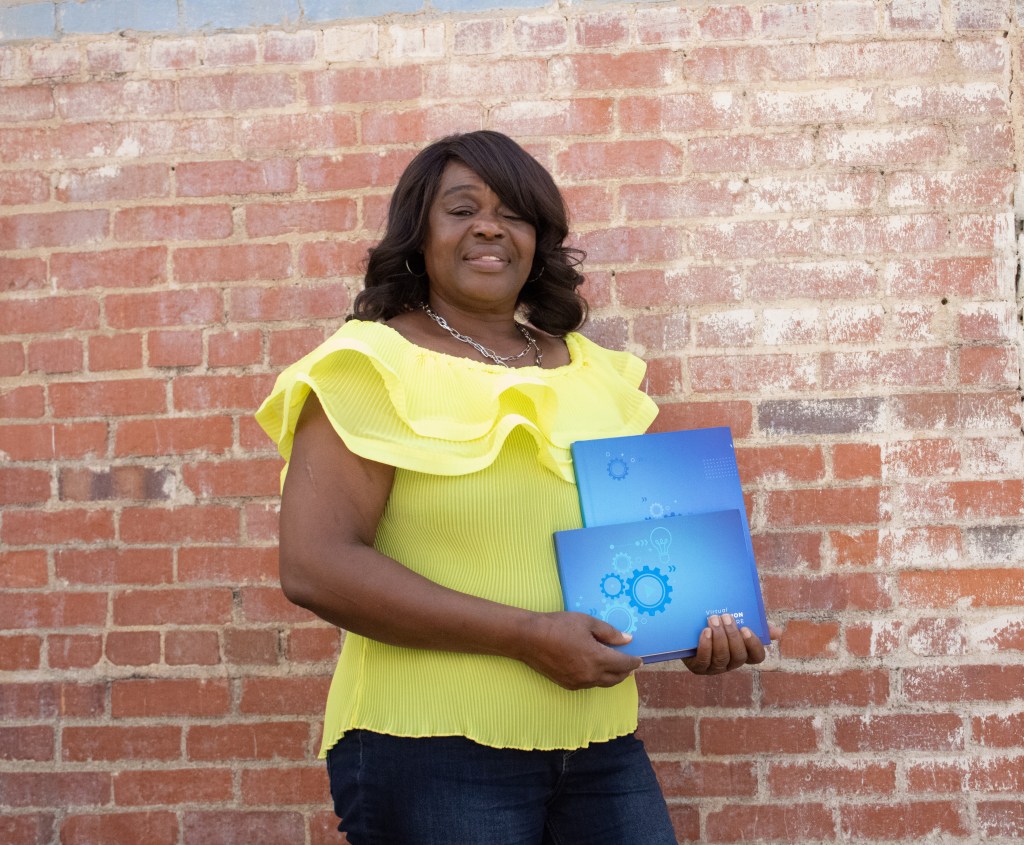 One Lowndes County resident was frustrated with everyday items and recurring issues she kept seeing on the news and thought “someone needs to fix this.” Celeste Crenshaw decide she should be that someone.

Crenshaw has lived in Mosses her whole life. Throughout her life, she has been an entrepreneur and owned her own business, worked at Jackson Hospital making medicine, and owned her own record company and record store.

Now, Crenshaw sits with the elderly, sings, pastors and invents items to improve everyday life. She is currently promoting two of those inventions that are patent pending.

One invention is a child safety alarm that will alert parents when there is a child in the backseat when the driver door is opened.

“I first got the idea to start the invention when I started hearing about the children left in the cars. That was something that touched me and got next to me,” Crenshaw said.

Crenshaw said she doesn’t think she could forget her child in the car, but she can see others that do not usually take the kids to daycare having so much on their mind that they may forget.

The invention is called Child Protect Sensor. The sensor is placed on the driver’s door and will alarm when the door is opened if the weight sensor installed in the backseat is active (activated by weight of child/car seat). After six to eight seconds, if the back seat is not cleared, an alarm would sound again, even if the driver’s door is closed.

“The reminder alarm after the door is closed is what sets my invention apart from other systems that are backseat reminders,” Crenshaw said. “My sensor will not just stop after a simple beep or light that can be easily ignored.”

The Child Protect Sensor is currently being patented with Invent Help. Crenshaw hopes it will be picked up by automobile manufactures and becomes a standard feature in vehicles in the future.

Crenshaw’s next invention came to her after ordering takeout. When she arrived home with her takeout plates, everything was covered in juices from the plates tilting in the plastic bag.

“I said doggone it, why can’t somebody make a bag that will hold these plates right! And the Holy Spirit said, ‘Why don’t you do it?”

And do it, she did. Crenshaw made an improvement to the plastic bags, designing them to cup the bottom of the take out plates. The design makes the plates sit level every time, stopping the plates from sliding sideways and spilling any liquid they may contain.

She hopes to sell these to restaurants and restaurant suppliers. The bag will be made out of biodegradable/compostable material. The design and concept are patent pending.

Crenshaw is married with three children and eight grandchildren. She pastors in Fort Deposit at Radical Anointing Baptist Church. She sings and writes gospel and can be heard on the radio.

A video of Crenshaw’s Child Protect Sensor can be found on LowndesSignal. com.