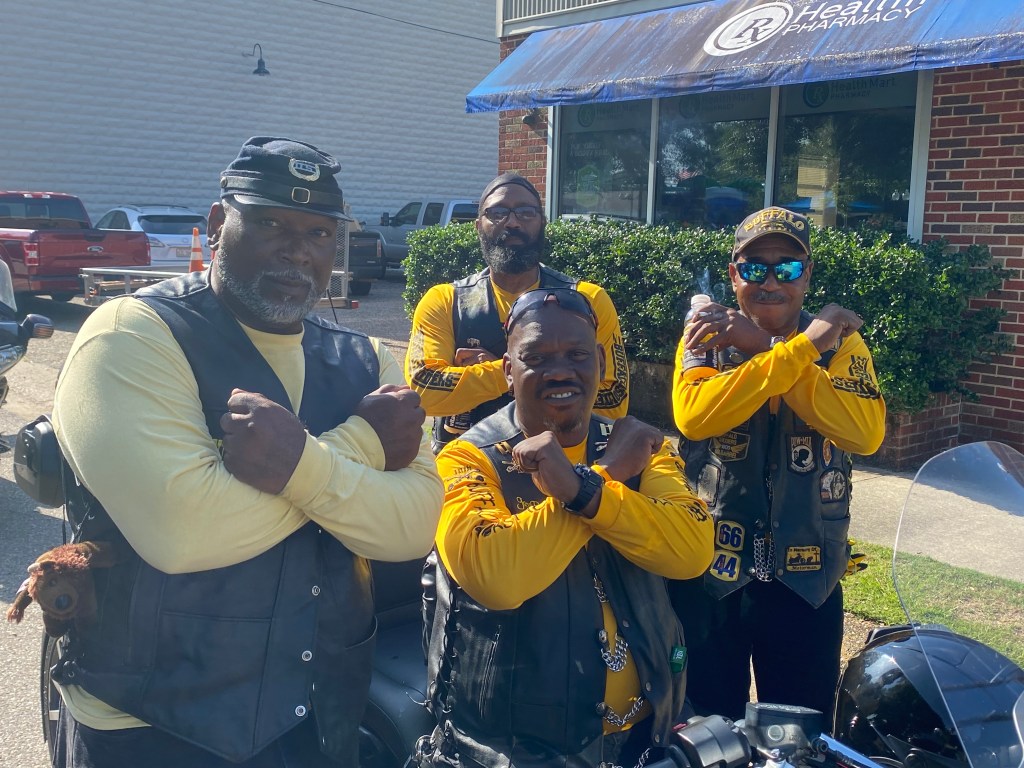 The sound of motorcycles starting their engines could be heard throughout downtown Hayneville Saturday, marking the beginning of the third annual Ramblin’ Thunder 4/5 Motorcycle Ride. The event was created to honor the late Lowndes County Sheriff “Big” John Williams, and the proceeds benefit the Sheriff John Williams Memorial Scholarship Fund. Sheriff John Williams would have celebrated his 65th birthday June 14.

Sheriff John Williams was shot and killed at the QV gas station in Hayneville in November of 2019. The shooter, William Johnson, is charged with capital murder. The trial is currently scheduled to begin October 11.

“We do this ride on this particular weekend because it coincides with John’s birthday every year and it’s a way to honor his memory,” Lowndes County District Judge and chairman of the Lowndes County Children’s Policy Council Adrian Johnson, said. “It’s a way, not only to get people in Lowndes County engaged, but people all across our area engaged, giving them an opportunity to enjoy a ride while seeing Lowndes County. But more importantly, it helps raise funds for the Sheriff John Williams Memorial Scholarship Fund.”

In addition to the motorcycle ride, vendors had booths set up and food such as bar-b-que was available for purchase. Children were able to bounce out some energy at the two bounce houses set up at the event, and participants also enjoyed admiring the array of motorcycles on display before the riders departed with the revving of engines at 9 a.m.

This is the third year this memorial ride has been held. Daniel and Angela Rudolph and Joanne Williams, the widow of Sheriff Williams, started the event in 2020 after John Williams died. All the proceeds raised by this event go directly to support three $2,000 scholarships that are awarded to Lowndes County students.

“This event means so much to the community because “Big John” meant so much to everybody in this community,” Angela Rudolph said. “That’s the reason we decided to start up this event in his honor and start the scholarship fund for all three high schools in Lowndes County.”

“Education and hard work make opportunities, and that’s what my uncle lived and believed in,” Dwyane Farrior, nephew of John Williams, said. “For us to have this ride a few days after his birthday to honor him, to keep giving back to Lowndes County, that’s magical.”

According to Johnson, more than $1,000 dollars was raised by the event in 2021 but the threat of rain kept some people home. This year’s event saw better attendance with the anticipation of more funds being raised. The total raised during this year’s event has not yet been released.

With the Ramblin’ Thunder 4/5 Motorcycle Ride completed, fundraising for next year’s scholarships is now underway. Donations can be made at any time by making a check payable to the John Williams Memorial Scholarship Fund. Checks should be mailed to P.O. Box 455 Hayneville, AL, 36040. All donations are tax deductible.