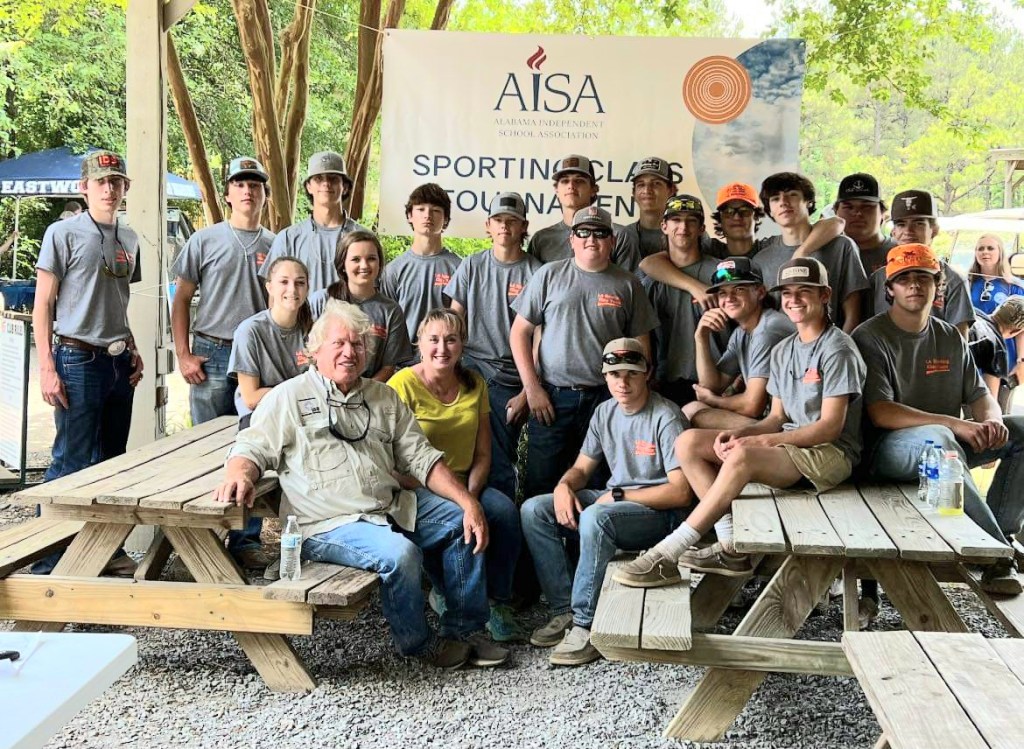 Tim and Cathy Rudder sponsored the students for the event.

They broke up into teams and went through a 16 station course. They shot 100 targets a piece.” Catherine Weldon from Lower Wetumpka, said.

Most students competed with either a 12 or 20-gauge shotgun.

Jerry Browning, director of operations, said AISA had been talking about starting a sporting clay sport. AISA sent out feelers to schools around Alabama to gauge interest.

“The sport is very big in Georgia and South Carolina,” Browning said.

AISA decided to start with an invitational tournament. They ended up with 17 different teams, four students per team. Students were male and female and teams could be male, female, or coed.

“The kids could be in 7 to 12 grade to participate. A lot of the kids have never shot before,” Browning said. “It was a great day for the kids; they just loved it.”