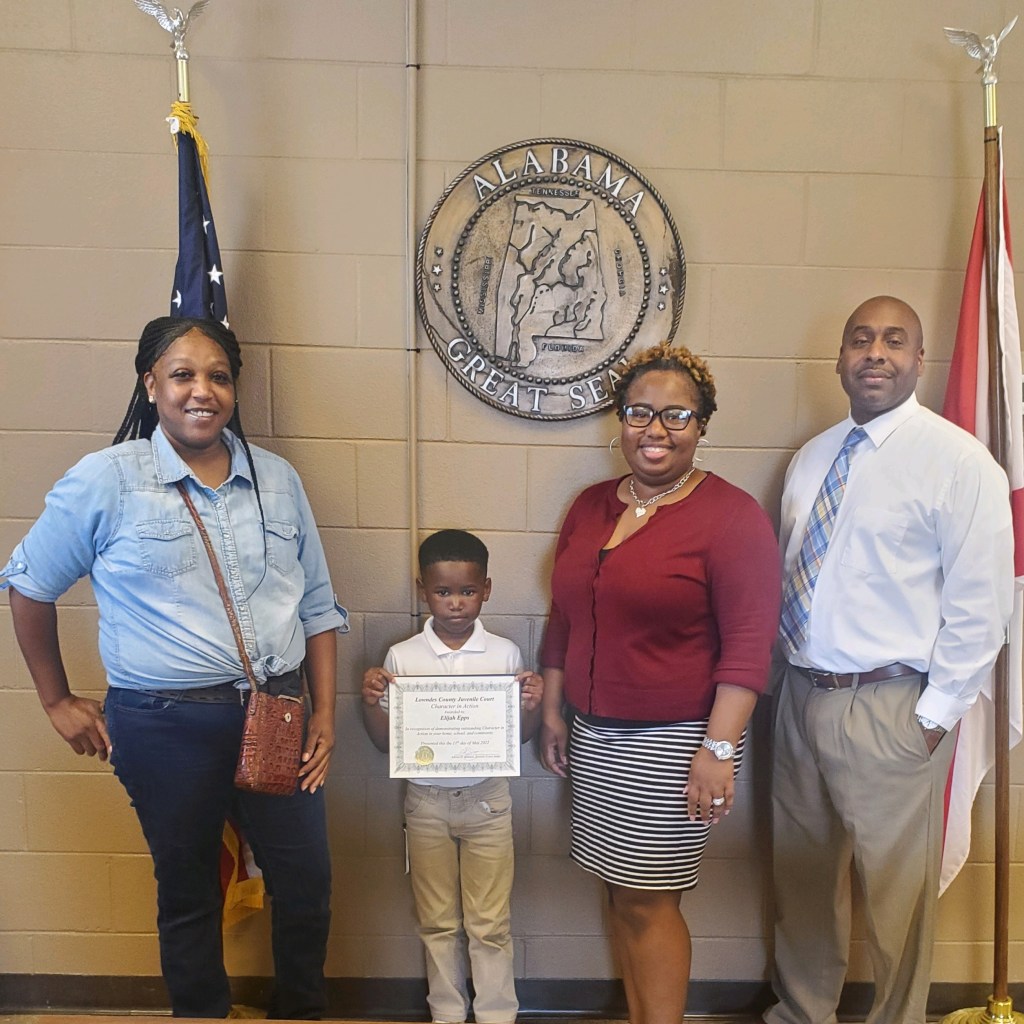 First grader Elijah Epps was recently awarded for his character and behavior in and out of school. Epps was nominated for the recognition by his teacher, Coach Woodley, as Central Elementary School.

Woodley praised Epps for being such an outstanding student.

“He’s always following directions and doing what is asked of him,” Woodley said.

Epps keeps his grades up and is an honor roll student at Central. Woodley described him as a leader in and out of the classroom.

The Character in Action award is given to outstanding students by the Lowndes County Juvenile Court through a program to encourage good character and academic achievements in and out of the classroom.