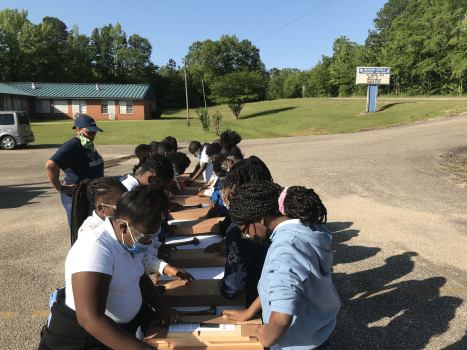 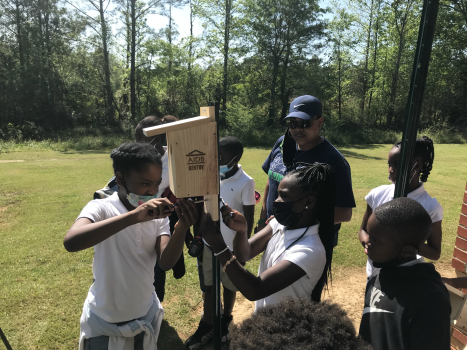 Students installing one of the nesting boxes on campus.

The citizen science project began with the students being educated on the importance of taking part in such a project, how the program will help the declining songbird population, how to collect data, and how to operate safely during field work. Nesting boxes were then assembled and on April 22, the nesting boxes were put up around campus.
According to extension agent Roosevelt Robinson, the native songbird population is disappearing at an alarming rate.

“These birds are part of our lives, filling the air with song and inspiring us with their beauty, but the birds we love are vanishing. In less than the span of a human lifetime, the population of North American birds has dropped nearly 30 percent since 1970. That’s nearly 3,00,000,000 birds vanished from our forest, grasslands, and backyards. This project will help combat that population loss, providing needed nesting sites for our fine feathered friends,” Robinson said.

Throughout the year, youth will manage and monitor these nest boxes collecting data on the number of eggs laid, species inhabiting nest boxes, estimated hatch and fledge dates, etc.