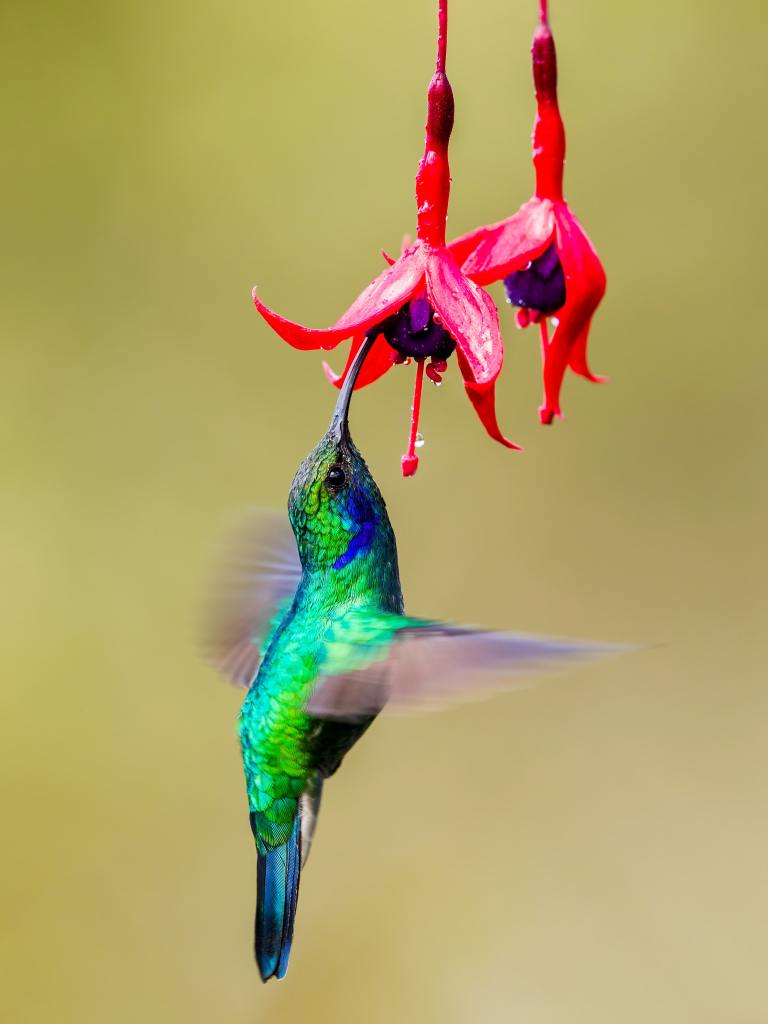 Spring is in the air. Temperatures are beginning to rise and flowers will soon begin to bloom. The fair weather and abundant supply of nectar will spring bee and butterfly populations upward. Homeowners may also find a hummingbird that has taken up residence in the back yard.

Hummingbird Migration
The Ruby-throated Hummingbird is the state’s most common hummingbird.

“They will arrive from mid-March to mid-April and stay through late summer and early fall,” said Wesley Anderson, an Alabama Cooperative Extension System forestry and wildlife specialist. “These colorful birds then fly south to Central America.”

As with most species, hummingbirds migrate to areas as resources become available. Abundant nectar, insects and spiders are paramount for hummingbird survival. Interested homeowners and gardeners can find hummingbird migration maps by visiting websites such as hummingbirds.net.

Alabama also hosts the Rufous Hummingbird around the Gulf Coast. It differs from the Ruby-throated species in color, plumage and geographic preference. Anderson said hummingbird migration patterns appear to be changing.

“This is largely due to the climate warming in certain areas, causing milder winters,” he said. “Milder winters allow the birds to arrive earlier and potentially stay longer.”

Attracting Hummingbirds
There are several ways to attract hummingbirds to homes. First, Anderson said, is putting out hummingbird feeders. Hummingbirds are attracted to red, so having a red feeder–but not red dye in it–will help. Anderson also suggests planting red flowers and hanging red ribbons to attract the birds, which weigh only a few grams on average. If using multiple feeders, be sure to space them apart from each other.

“Hummingbirds can be territorial, and this (spacing them apart from each other) will allow them to establish their own territories and expend less energy chasing each other,” Anderson said.

Planting trees and shrubs to be used as perches will also make an area more appealing to hummingbirds.

Red Dye: Making Sense of Mixed Reviews
Anderson said red dye in food has been a controversy since the 1970s. It also raised concerns relate to hummingbird health. Red dye No.2, a known carcinogen, has been banned in the United States since 1976. The current red dye used is Red 40, which is FDA approved for humans. However, hummingbirds’ small size and differing anatomy means that the dye may be dangerous for them. Until there is further research, Anderson said it is best to steer clear of red dye in hummingbird food altogether.