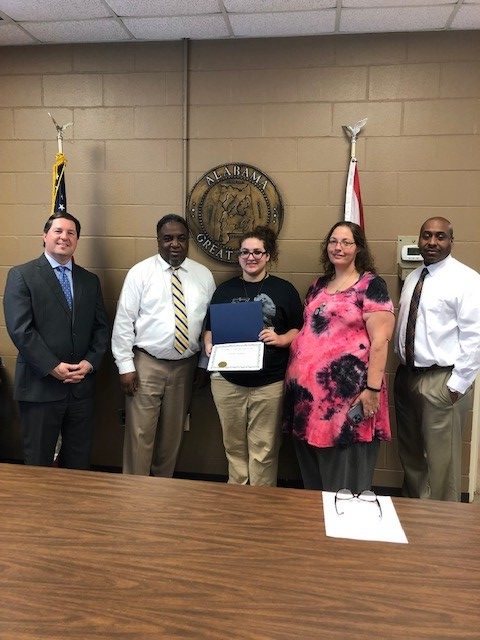 Central High School senior Cassidy Neamon is the recipient of the March Character In Action award.

Neamon was nominated by her teacher, Shatara Clark.

“Cassidy demonstrates outstanding character in all that she does,” Clark said, “and has the highest respect and regard for her teachers and peers.”

Neamon holds a 3.8 cumulative grade point average. She is a member of the JROTC program and participates in choir.

Neamon also completed a course at Trenholm State Community College through dual enrollment. Her future plans include attending a four-year university where she will major in Biology. Neamon plans to be a veterinarian.

According to Clark, Neamon also volunteers at Harvest Tyme food bank after she was inspired by her mother who previously worked there and is now a volunteer.

“She never hesitates to assist where she is needed,” Clark said. “She demonstrates a humble spirit in all that she does.”