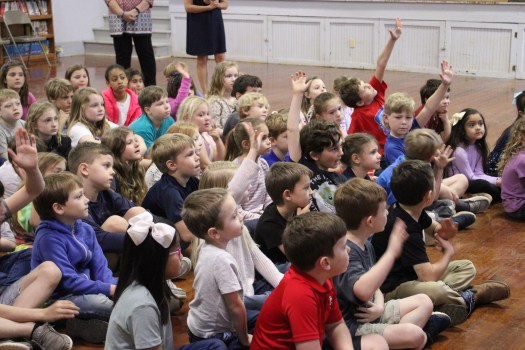 Lowndes Academy students answered questions about forestry and what wood products are used for. 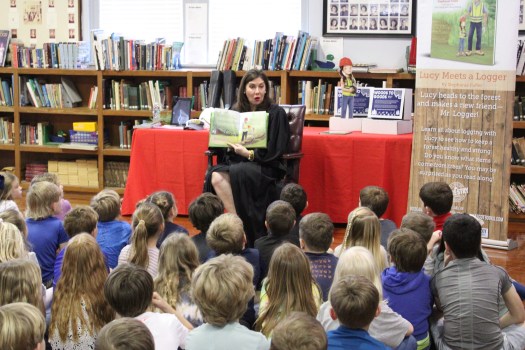 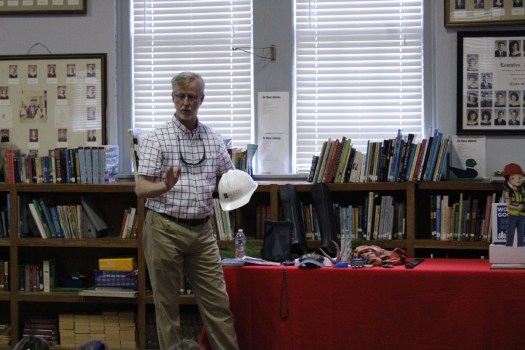 The book has been on tour throughout Alabama teaching children about the forestry and logging business.

Wise read the book as children listened and asked the occasional question. She spoke about her job as a judge and the steps she took to become a judge.

Wise was elected to the Alabama Supreme Court in 2010. She has had a lengthy legal career. She has worked in the Governor’s Legislative Office and became the youngest woman to sit on an Alabama Appellate Court when she was elected in 2010.

The children also heard from Jeff Green, a forester who lives in Lowndes County. Green works for Resource Management Services.

Green showed the children different tools that forestry workers use in the industry. He spoke about what a forester is and how they help take care of trees.

According to Alabama Forestry Association Grassroots Coordinator Anna Morgan, the “Lucy Tour” idea came from discussing the best way to educate kids about the forestry industry.

“The Alabama Forestry Association wanted to do something that was both fun and educational while teaching kids about forestry,” Morgan said. “The author of the book, Stephanie Fuller, works at the Forestry Association, and we thought it would be a great idea to have someone from the local communities in Alabama come and read to the kids.”

The idea of the book is based on Fuller’s childhood and being from a logging family. She said she wanted to find a way to show the forestry industry in a positive way because it often gets a bad rap.

“Ms. Fuller is currently in the process of writing another book that we think could be released sometime around the spring of 2022,” Morgan said. “That book will focus on educating kids about tree farms, which are another part of the forestry industry. We don’t know if we are going to do a book tour once it is released, but we are constantly looking into doing.”

Each student was given a copy of “Lucy Meets A Logger” as a gift from the Alabama Forestry Association.

“Lucy Meets A Logger” can be purchased by visiting www.lucymeetsalogger.com or where books are sold.