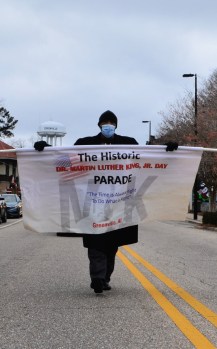 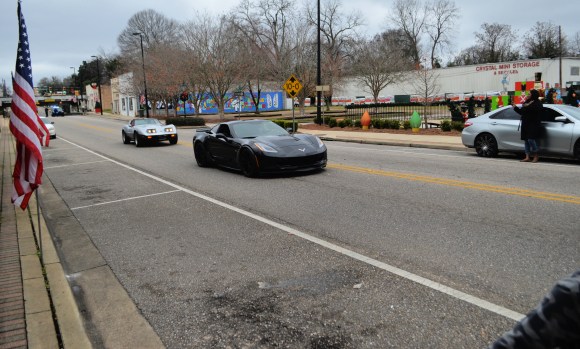 On Jan. 17, the group Butler County Concerned Citizens, a nonprofit tax-exempt organization, hosted the third annual Martin Luther King. Jr. parade in Greenville. Line up started on Herbert Street. The parade began at noon on Bolling Street and ended at the Butler County Courthouse.  As temperatures struggled to get out of the 40s, community members along with others from neighboring areas, including Lowndes, came together to honor the late civil rights leader.

The grand marshals for this year’s parade were Butler County Concerned Citizens President Robert Blankenship and his wife Sonya Blankenship. The idea for the parade was Mr. Blankenship’s brainchild, something that the entire BCCC group quickly got behind when he introduced the notion over three years ago.

“I’ve always said that it is sometimes hard to believe what you can’t see and although many cities celebrate the day by having a parade, Greenville wasn’t celebrating in this tangible way. I shared the idea with the other members of BCCC and they were in complete agreement and eager to get to work on this,” Blankenship said.

Entries in the parade included the Southern Alabama Girl Scout Troop 9803, Furman Improvement Association, Pretty in Pink-a breast cancer survivor support group founded by Sonya Blankenship-a 17-year breast cancer survivor, Harrison Street Missionary Baptist Church Youth Group, Bethlehem Missionary Baptist Church, Hayneville Fire Department, and also represented at the event were the car clubs Queen City Cruisers out of Selma, and the No Limit Mustang Car Group out of Greenville. The BCCS also had a float in the parade that was pulled by a truck from which Martin Luther King Jr.’s speeches could be heard playing.

Jon Marsh of Greenville, and a member of the No Limit Mustang car group drove his Ford Mustang in the parade. Marsh was proud to be involved with the event. He and his wife Latasha McCall said that the parade is a very important thing to have.

The black 2017 Chevrolet Corvette Grand Sport LT2 belonging to William and Mittie Brown of Selma, was one of the entries in the parade. William Brown was happy to be at the event and is a member of Queen City Cruisers out of Selma, a group that participates in the annual Selma Bridge Crossing Jubilee Motorcade that starts in Marion, goes through Selma -over the Edmund Pettus Bridge, and wraps up at the Lowndes Interpretive Center in White Hall.

“We are proud to be here supporting what Mr. Blankenship and Butler County Concerned Citizens are doing. We are glad to honor our heritage by participating in the parade. Without showing our age, Mittie and I both were blessed to participate in the Selma march. We recognize and appreciate the significance of Martin Luther King Jr. parades and events like this. MLK fought for all races, for equality.  A lot of people, especially the younger generation, don’t really know what the cause is all about, but we have been there and done that. We have been through it, during some of the most pivotal times in African American history, and we want the younger people to really understand and be involved and in the future be proud of their places in history,” Brown said 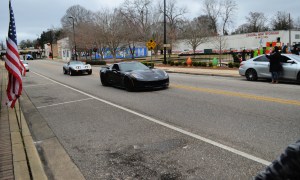 For more information about BCCC, visit their website at www.butlercountyconcernedcitizens.org or call (334) 312-9898.