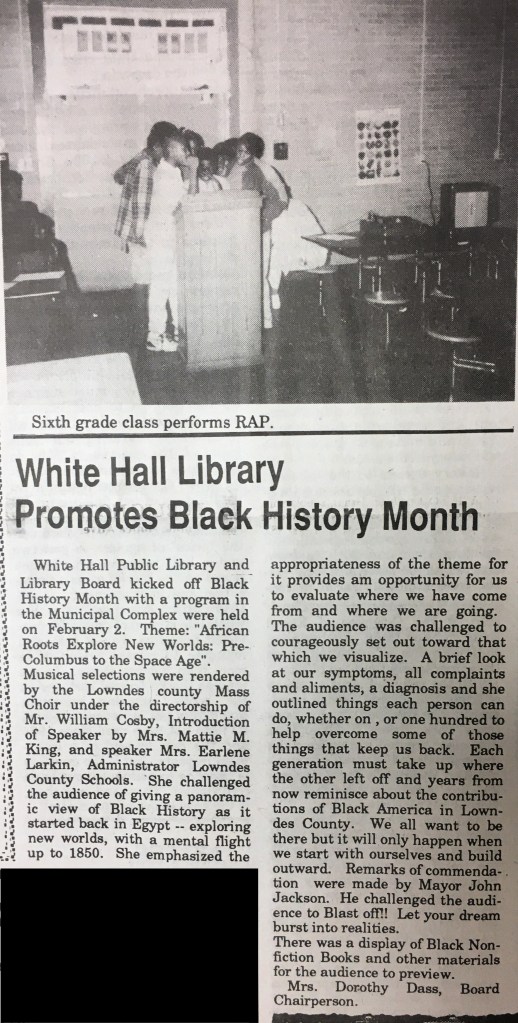 February is Black History Month, the yearly celebration of accomplishments by African Americans and a time to acknowledge their large role in our nation’s history. The time of observance is also known as African American History Month. The month long celebration grew from “Negro History Week,” and its origins date back to 1915 when notable historian, Carter G. Woodson, now known as the “Father of Black History,” created an organization called the Association for the Study of Negro Life and History.

The first “Negro History Week” began on Feb. 7, 1926, as a time to celebrate and raise awareness of Black history. In 1976 the celebration turned into a month-long event and was given the new name of Black History Month.

“We celebrate Black History Month in February because Black people had traditionally celebrated the birthdays of Abraham Lincoln and Frederick Douglas, both of whom were born in the month of February,” Broussard said.

“Oftentimes Black history is taught as a celebration of “this great man” or “this great woman,” but that wasn’t what Woodson had in mind. He wanted this time to be a celebration of the achievement of Black people as a race, recognizing that Blacks were part of the history of this country from the very beginning.”

According to Broussard, African Americans are innovators that have built a society from the ground up, starting in 1619 when the first enslaved people were brought to America. He said that Black history has only recently become a widely taught subject and still has room to expand.

Black History Month emphasizes the history of the struggles Black Americans face and reinforces the idea of activism in the struggle to achieve racial justice.

“I think one of the great tragedies of American society is that certain people have been deemed expendable,” Broussard said. “Look at the large numbers of African Americans that have lost their lives to senseless violence. That is where I think the BLM movement connects very much with the long history of a long struggle with Black history. And I think Black History Month can do good to highlight what the organization has been doing for Black Americans thus far.”

“There is no excuse to not learn more about Black history or quite frankly the history of any group,” Broussard said. “There’s a wealth of material out there to choose and learn from, you just have to be self-motivated to do it.”