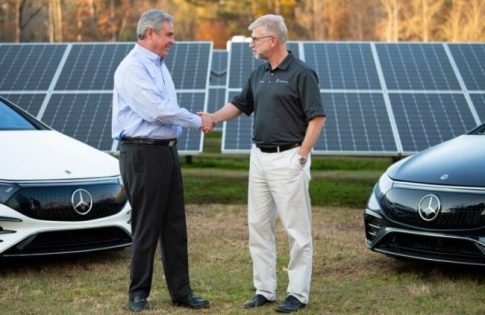 Alabama Power and Mercedes Benz U.S. International Inc. announced earlier this week that they obtained permission from the Alabama Public Service Commission to build an 80-megawatt solar project in Letohatchee.

Expected to create nearly 300 construction jobs and more than $9 million in tax revenue for Lowndes County, the 15-year contract would provide MBUSI with all the renewable energy credits from the project.

These credits would cover a large portion of the electricity needs for their facilities in Vance and Bibb counties.

Additionally, Alabama Power will be provided with the entire electric output from the project under a power purchase agreement for the same length of time.

Building on the growth of utility-scale solar power in Alabama under the Renewable Generation Certificate program, which was approved and reauthorized by the service commission this year, the project and renewable contract would assist Mercedes in reaching goals related to their “Ambition 2039” sustainability strategy.

Mercedes started Ambition 2039 with the intention to create a carbon-neutral supply chain by 2039.

Commercial operation of the facility is expected to begin in March 2024.