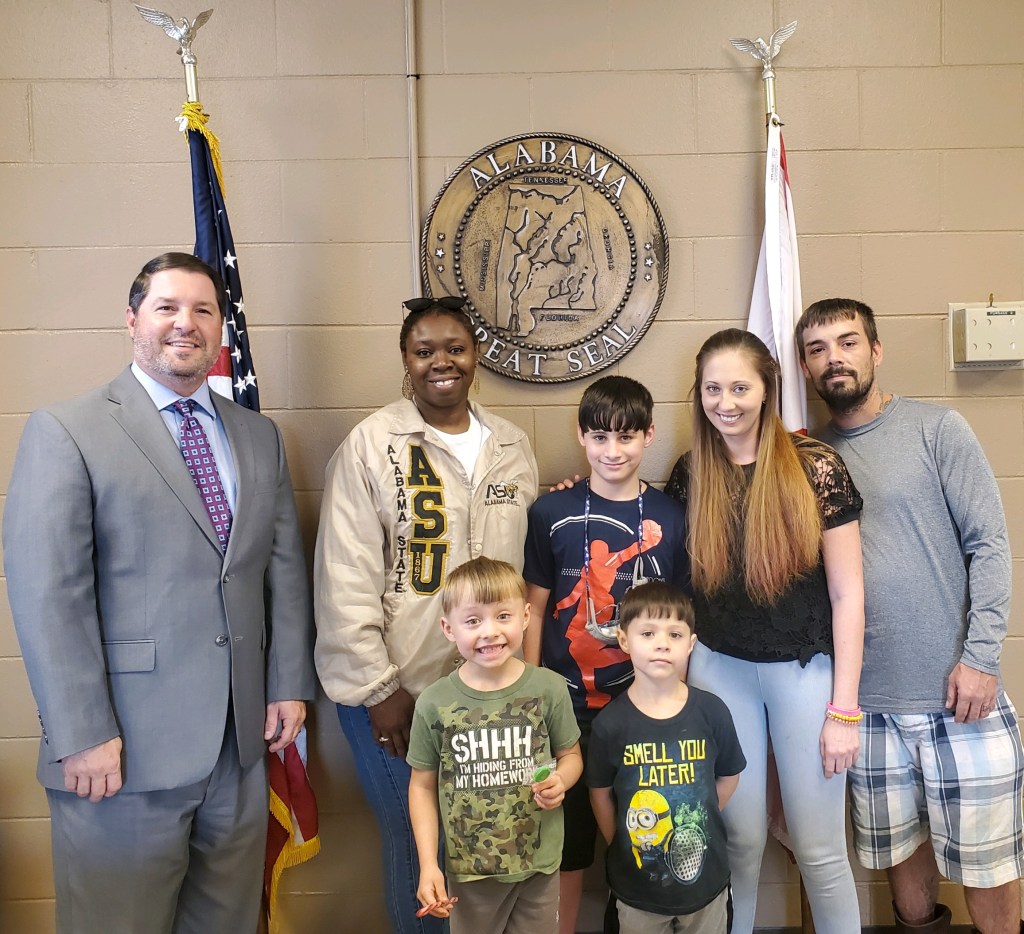 The Lowndes County Juvenile Court has resumed the monthly Character in Action Award program after COVID caused them to put the program on hold for the 2020-21 school year.

Connor Dison is October’s Character in Action Award winner. He was nominated by his teacher, Ora Gordon, at Jackson-Steele Elementary School where he is in the fourth grade.

“Connor has set the bar for what an ideal student should be,” Gordon wrote on the nomination form. “He has demonstrated a remarkable turnaround in his academic performance. “

Gordon said Dison has grown in both reading and math.

When Dison was asked about being nominated, he said, “being a great citizen requires me to become a great student.”

Dison has worked hard to better his school attendance, better his grades by studying more, accept challenges, and to be a role model for students who may not have liked school at one time said Gordon.

District Judge Adrian Johnson said the award is given to a Lowndes County student who has demonstrated outstanding character in not only their school, but at home and in the community as well.

Dison received a certificate of recognition, a Character in Action t-shirt and a $50 Walmart gift card.