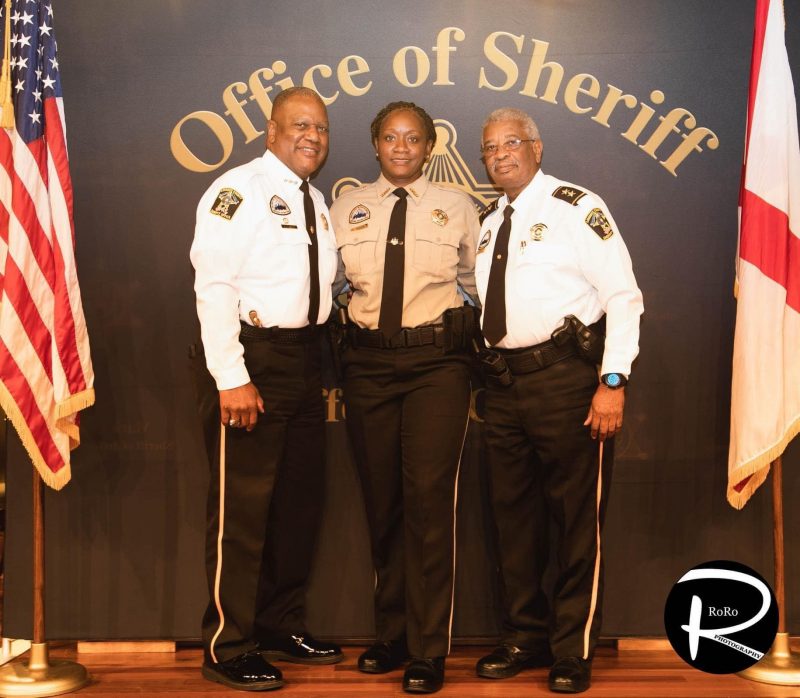 According to the Lowndes County Sheriff’s Office, Deputy Miranda Timmons graduated from the Sheriff’s Academy on August 20, 2021, making her the first female deputy in almost 30 years.

Timmons worked as a dispatcher for the Lowndes County Sheriff’s office starting in 2012. Timmons said she enjoyed her job and helping people but never imagined becoming a deputy at that time.

“I knew my job as a dispatcher and was comfortable there, but Sheriff West and Joe Fletcher pushed me to do more,” Timmons said. “Sheriff West would tell me, ‘you got more potential in you, you can do this. I know you can’ every time he saw me. I have to say, they had more faith in me than I had in myself.”

Timmons listened and decided to step out of her comfort zone. She started out as a reserve deputy and doing ride alongs.

Soon, Timmons was working out to prepare for the academy.

“I hadn’t worked out in 15 years,” Timmons revealed. “I started in February and worked out until May. I had help from other deputies on my run and they pushed me to stay with it.”

Timmons not only stayed the course, but she lost 30 pounds in the process. On the day of her entry test, she was able to complete the mile and a half run in 14 minutes and 27 seconds, which was her fastest time.

The academy took Timmons away from home and her daughter, Marlayciah, for four months.

“I had my family behind me; my mom and my sisters stand behind me strong,” Timmons said.

Timmons’ family and work-family stood behind her and took care of her daughter during her training. The Sheriff’s Office kept in touch while she was away and ensured her family had everything they needed.

Timmons said that she doesn’t think it has dawned on her daughter how dangerous her job is and said she prays she never realizes it.

Marlayciah is very proud of her mom and her accomplishments. Timmons said she made sure to express her desire to attend the graduation ceremony, even if she had to miss school to be there.

Timmons said she decided to become a deputy to show them a female role model.

“I decided to do it so younger kids can have a positive female role model, especially young girls,” she said. “I feel like I was drawn to it.”

The motivation and support that the community provided Timmons are what she said led to her success.