ALEA Shares the Passing of Off-Duty 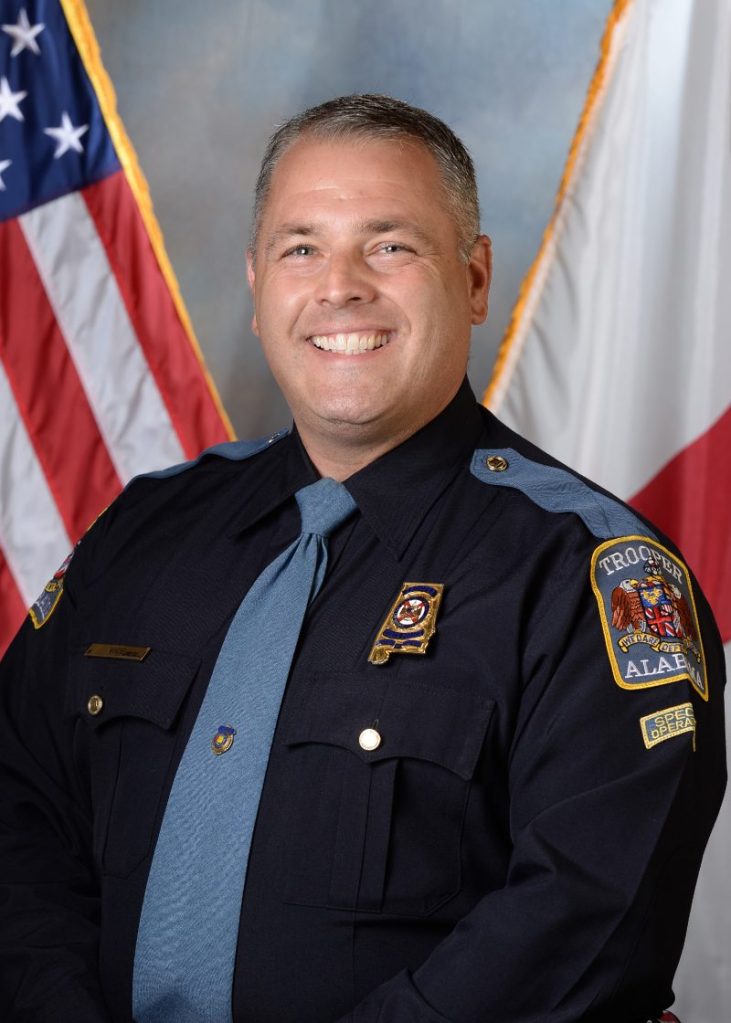 The Alabama Law Enforcement Agency (ALEA) is deeply saddened and sincerely regrets having to share the passing of one of its Troopers assigned to the Highway Patrol Division.

Senior Trooper Jason Vice, 41, of Northport passed away this morning, Thursday, Sept. 9, following a battle with COVID-19. He leaves behind his wife, two children, and a multitude of family, friends, along with the ALEA family.

ALEA’s Secretary Hal Taylor said, “The entire ALEA family is absolutely devastated at the loss of one of its own, Sr. Trooper Jason Vice, who will be truly missed. We mourn this tragic loss alongside his wife, Jenny, their two children and many other loved ones. We were honored to have been given the opportunity and privilege to have worked alongside such a dedicated law enforcement veteran, who continuously demonstrated his courage, sacrifice and devotion by  serving and protecting the citizens of Alabama.”

Trooper Vice, a member of Class 2006-D, was initially assigned to the Highway Patrol Division.  While in Highway Patrol, he became certified as a Traffic Homicide Investigator as well as a Commercial Motor Vehicle Enforcement Officer, which enabled him to transfer in June of 2019 to the Motor Carrier Safety Unit within Troop D assigned to the Tuscaloosa-Selma Highway Patrol Posts. Vice was responsible for weighing and conducting inspections on commercial motor vehicles, ensuring they were safe to operate on Alabama’s roadways. Prior to becoming an ALEA Trooper, he served as a Sheriff’s Deputy in San Bernardino, Calif.

“I want to personally extend my deepest and sincerest condolences to Trooper Vice’s entire family, as well as all of his loved ones,” Secretary Taylor said. “The overwhelming outpour of care and support serves as a testament to Trooper Vice’s commitment and dedication, to not only his local community but to the entire state of Alabama.