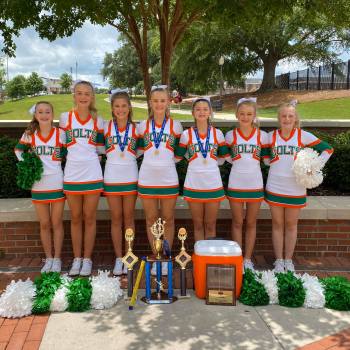 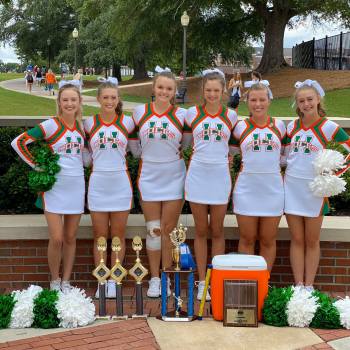 Both the varsity and JV placed runner up in the 2021 AISA State Championships in their divisions.

“I am so proud of these girls,” Ashley Dicks, varsity cheer coach, said. “They worked hard all summer and had a great week at camp. Their determination and love for this sport makes my job as a coach so easy.”

The Hooper Cheer program was also awarded The Leadership Award, voted on by all the teams competing at camp.

Dicks said the leadership award was such an honor to receive and she is looking forward to a great season.

Congratulation on all your hard work.