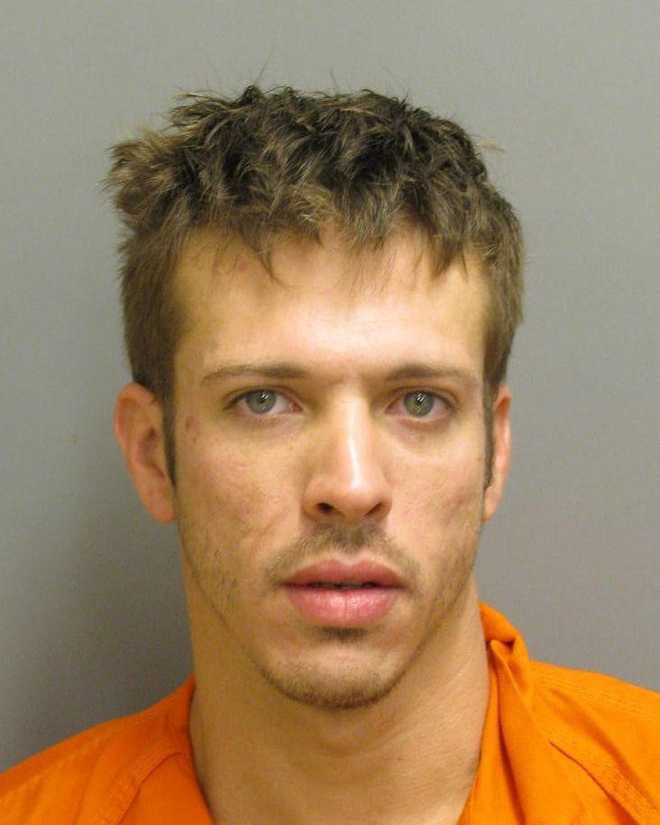 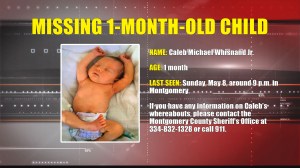 Five-week-old Caleb Michael Whisnand Jr’s body was recovered in a rural area of Lowndes County Thursday morning. The cause of death has not been determined at this time. Caleb’s father has been charged with capital murder in the case.
The investigators were able to locate the baby in Lowndes County, thanks to the information they received. The amount of time the infant has been deceased has not been released yet.
Sheriff Derek Cunningham with the Montgomery County Sheriff’s Office began the press conference Thursday, thanking everyone essential in this case.
“Today, really I want to say thank you to our partners, in this case, we had several law enforcement agencies that assisted us, State Bureau of Investigation, the Lowndes County Sheriff’s Office, Second Circuit District Attorney as well as our district attorney, Daryl Bailey, and the FBI. I can’t say enough about them. I mean when you say joined at the hip, we were joined at the hip throughout this whole investigation,” Cunningham said.
He also thanked his staff, investigators, who worked 24/7 on the case. Cunningham also praised the media for helping to get the word out so quickly.
“You all did a tremendous job,” Cunningham said. “Getting this message out in the community and the business owners that we’ve dealt with. Everybody has been fantastic on this investigation with us.”
Chief Deputy Murphy gave details of the investigation. Monday evening, the police received a call there was a report of a missing child. ALEA put out an Amber Alert trying to locate the child.
“Our investigators responded late at night Monday, and several of them worked through the night,” Murphy said.
Tuesday morning, the Federal Bureau of Investigation joined in to help. In the preliminary meeting, approximately 30 law enforcement officers were gathered in the room, 18 being FBI agents. An incident command system was implemented. By Tuesday evening, there were 50 to 60 law enforcement officers working on the task force.
“Through just old-fashioned police work, we were able to find this little guy,” Murphy said.
“Caleb’s father has been charged with manslaughter and has a $100,000 bond, but after the autopsy was conducted last night, there is evidence to indicate that the proper charge will be capital murder,” Murphy informed the crowd. “And so now the manslaughter charge will be upgraded after consulting with Daryl Bailey and his staff at the district attorney’s office to capital murder with no bond.”
Ray Cook, a senior supervisory agent in charge for the FBI, praised the relationships within the law enforcement communities that allowed the case to close so quickly.
“I’m very proud of their office (Sheriff Cunningham’s Office), their team,” Cook said. I’ve watched firsthand them working around the clock 24/7 to make sure that this case was solved and that the proper charges were brought, and that the correct person will be held accountable.”
The press conference did not reveal many details about what exactly happened to the baby, other than its death was definitely not an accident. The investigators are still actively investigating and gathering information for the case.
“We’re still trying to piece everything together,” Cunningham said. As I said, the department forensic science is still doing their job until we get all of that information to able to put everything together.”
When questioned why an Amber Alert was not put out on Monday, the Sheriff responded, “We pushed out a lookout for the child due to the fact that we were still getting information and some of the information that we were getting wasn’t lining up correctly. And so we were able to put a lookout on this child to be able to let people know we’re looking for this baby and until we can get more concrete information.”