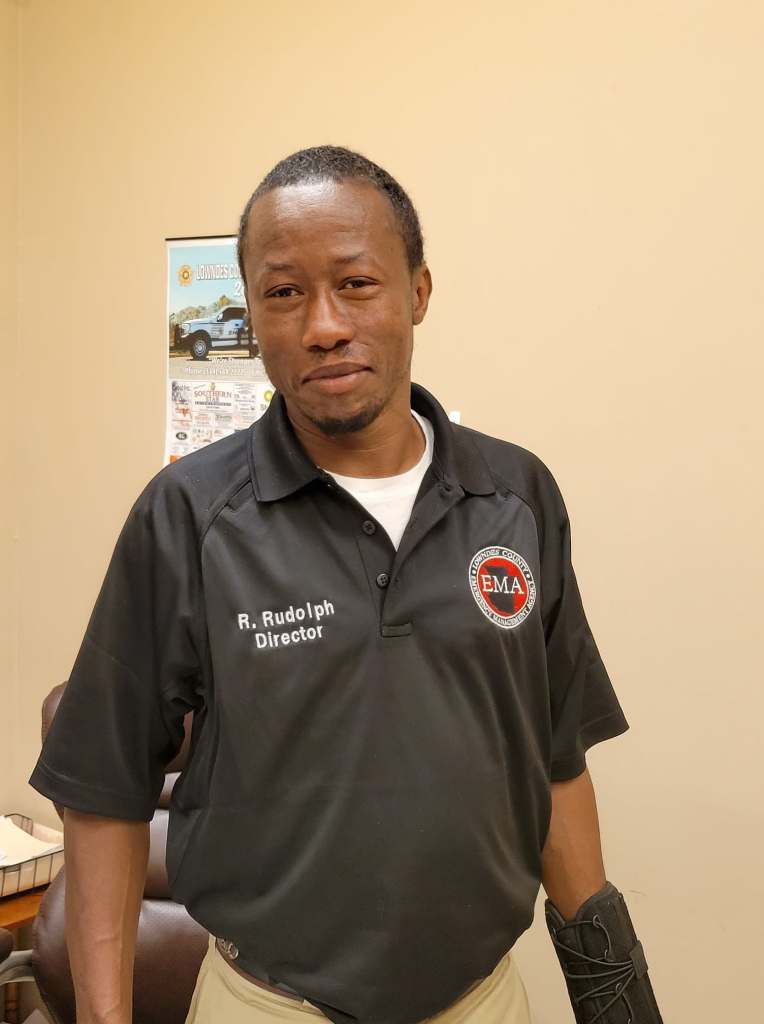 Rudolph has three daughters, sadly one of his children passed of cancer at the age of six. However, something did come from the tragic situation. Rudolph saw how people took care of him and his family during that time. The outpouring of love helped lead Rudolph down a path of helping others and became a fire fighter.

Rudolph is working on implementing some changes in the EMA department. He plans on focusing more on social media to get the word out on situations that the public needs to be aware of. He is also planning on a web page so citizens can view local weather and announcements. He has been working hand in hand with Sheriff Chis West and other city administrators to learn and better serve his community.

The citizens of Lowndes County took to Facebook during Tuesday night’s severe weather, calling out Lowndes officials for not having an EMA director. Several citizens expressed frustration and anger over the county’s lack of information during serve weather and by the lack of announcement by the county that a new EMA director was chosen.

A few people expressed hope that Rudolph will work for the people.

“I am so glad to finally see that he is officially named as EMA and we the people need to have information regarding these storms and where to shelter in case of emergency,” Janice Patterson said.

Rachel Jones expressed her hope that citizens will give Rudolph a chance, commenting “I pray that he will do a good job. We need a caring person in that position. We have to give him a chance and not judge him on the past actions of others.”