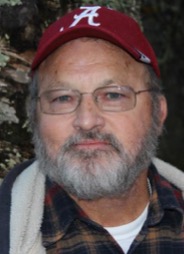 January 29, 1955 to April 11, 2021
Reginald Lee Thomasson, age 66 died tragically in the Tombigbee River Sunday evening. While his departure from this earth was a tragedy for us, he was an avid fisherman and spent many days and nights on that very river where he was at peace.
Reginald was preceded in death by his parents, James V Thomasson, and Christine Jay Thomasson and by the mother of his children, Susan Ann Dougherty Thomasson. He is survived by his wife Bobbie Jean Thomasson, his sisters, Valencia Thomasson Call of St Mary’s, GA and Sandra Thomasson Blaich of Panama City, FL, his children Pamela Thomasson Clink (Chris Clink), Aaron James Thomasson (Jennifer Winters Thomasson), Crystal Thomasson Dunlap (Dustin Dunlap), Joshua Lee Thomasson (Laurice Brooker Thomasson), Jessica Thomasson Paulk (Brandon Paulk), stepsons David and Randy Martin and 19 grandchildren.

Reginald, better known as Reggie, was a man of God. He graduated from Whites Ferry Road School of Biblical studies in his youth and spent many years preaching for churches all over Mississippi and Alabama. His faith in God was strong and he held it above all else. Any time the church needed him to fill in, he was there and thrilled to tell others about his all-powerful God. The gates of heaven have surely opened to him as he sings with the angels.

Later in life, Reggie earned his Occupational Therapist Assistant degree from Pearl River Community College in Poplarville, MS. For the past 20 years he has worked for nursing facilities in Alabama and his last position at The Oaks in Meridian, MS. He worked hard every day and was loved by coworkers and patients alike.
While God was number one in his spiritual life, his family was number one in his earthly life. He loved spending time in his hometown of Panama City, and his families’ homes in St Mary’s, GA and Florence, MS. His children and grandchildren were the apple of his eye. Friends and family affectionately referred to him as “Reggie-ham” as he had 7 children and 19 grandchildren….the father of many, including the ones that he inherited. He loved family gatherings, especially for the holidays where he could watch them all play, laugh and make memories together. All of the grandchildren were regular passengers on his Polaris, bass boat and tractor. There was always a yard full of grandchildren and plenty of room at his table for his children.

Reggie was a passionate outdoorsman. He never passed up a chance to hunt or fish. He spent every extra moment he had outside. Camping with his family was a true treasure to him. All of his family spending the day fishing and the nights under the stars brought him Joy like no other. His sons, sons-in-law and grandson were always the first phone calls when a fishing trip was what he needed. Late nights with jugs on the river, trudging through swampy marshes for the best spot to find that wall hanger of a fish, in the gulf with his cast net and looking for flounder, gigging frogs in the ditches and marshes of Mississippi, in a tree on early mornings and watching the sun set for the chance to get that buck to hang on his wall and a couple of does for the freezer, those were his happiest of places.

Reggie lived a very full life, preaching the word of God, enjoying gatherings with his family, helping his patients and spending time outdoors. He was loved by so many in this world and will truly be missed by everyone who knew him. He has finally made it home to his heavenly father and is singing bass in the choir of angels, with no more sadness and pain.