MEETING WITH THE VP 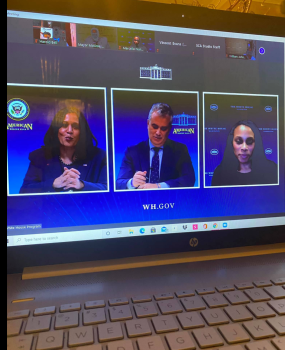 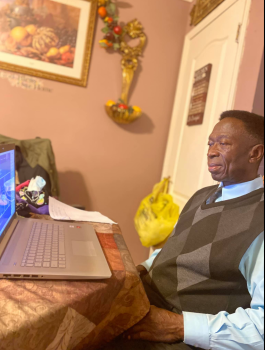 Bell, who is serving his first term as Mosses mayor, said he joined other mayors of the African American Mayors Association via a Zoom call in which the vice president participated.

The meeting focused on the urgency of passing the American Rescue Plan and provided each mayor the opportunity to speak directly to the support their areas needed from the federal government to get through this difficult period.

“We got calls saying the VP would be on the air with 97 other mayors from all over the state,” he said.  “We talked about COVID-19 and how much money is distributed and hopefully at some point we will get control over this.”

Bell said the vice president said Harris was really nice, understandable and the meeting was productive.

Bell said he was a four-year councilman in Mosses before becoming mayor.

He is also a retired school teacher, who ran for sheriff.

“I have always been very active in the community,” he said. “I love being the mayor.”