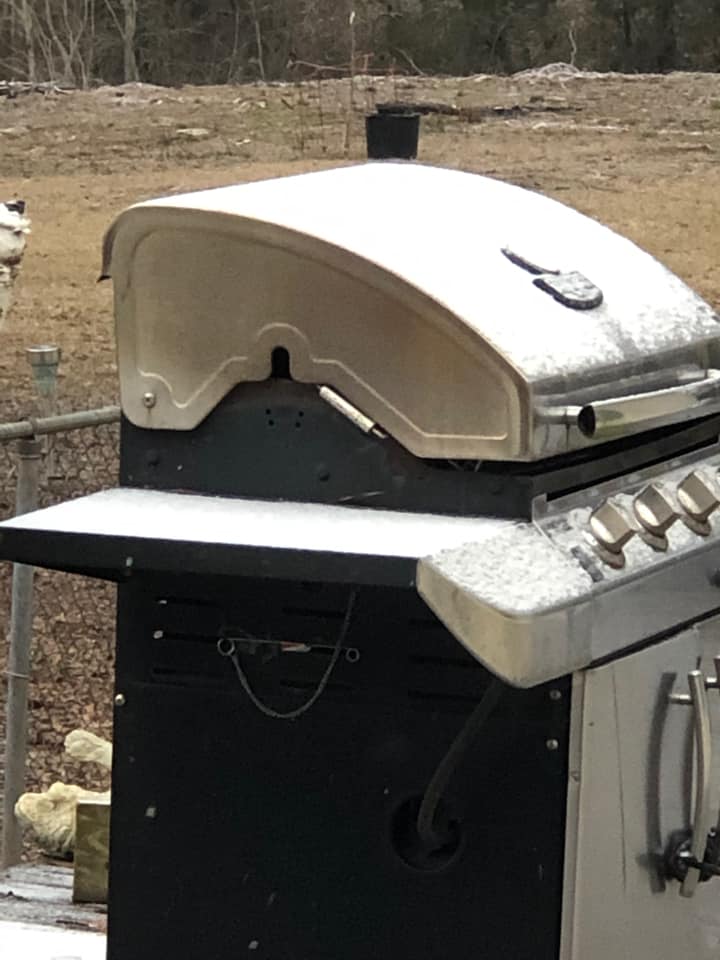 Snow falls on this grill in Sandy Ridge.

Lowndes County residents reported snow flurries across the county Monday night into Tuesday morning as a winter weather system made its way across the area.

The National Weather Service reported Tuesday morning that the area was seeing a quick burst of snow across the area.

EMA Director David Butts said the county came out “smelling like a rose.”

“We had no reports of bridges being iced over,” he said. “We rode the roads yesterday morning and there was no signs of black ice. Just some snow flurries and cold temperatures. Overall, we came out smelling like a rose.”

Rain is in the forecast today mainly before 9 a.m., with a tenth to a quarter inches of rain possible this morning.

Tonight, there is a 30 percent chance of rain before 9 p.m. Temperatures will fall to just above freezing.

No rain is in the forecast for Friday, but it should be a cloudy morning then gradually clear. The high will be near 48. Friday night temperatures will dip to 25.

Residents can look for a sunny Saturday with a high near 54 and a low of 31 Saturday night.

Sunday forecast shows a high of 62 with sun before a chance of showers creeps in Sunday night and Monday morning.