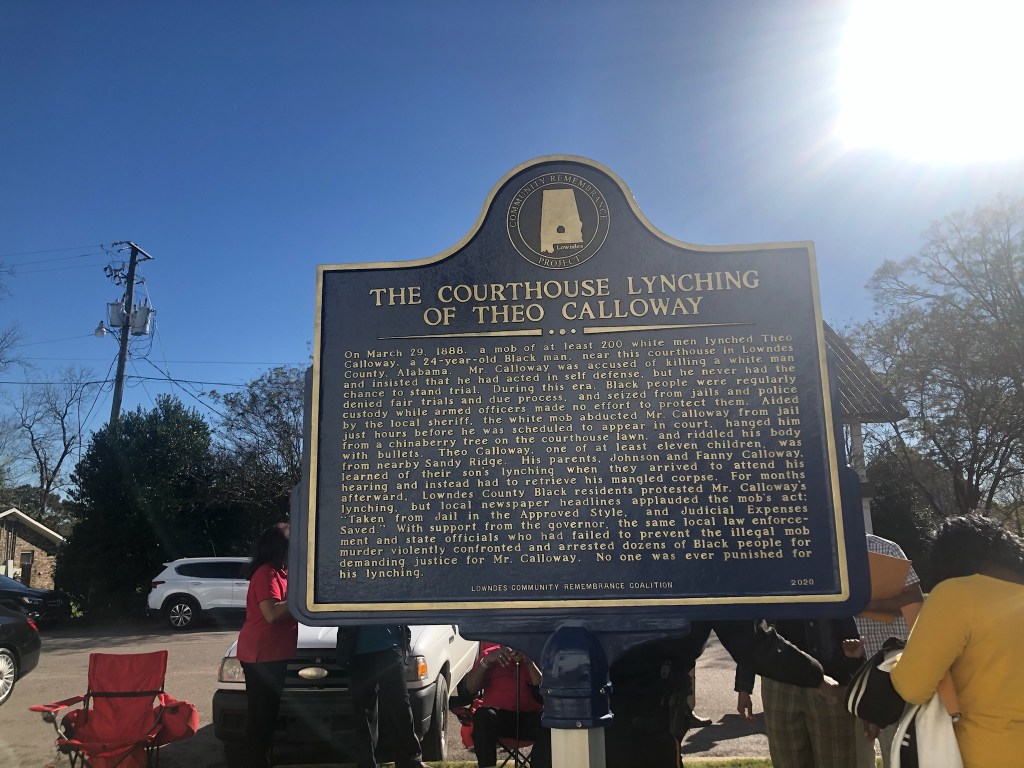 In 1988, Theo Calloway from Hayneville, Alabama was lynched near the site of the marker.

With more than 200 viewers, locals watched Calloway’s body hanging from a tree with several bullet wounds.

“Today was very compelling, I think that anytime we are able to conquertize the memory of black men/women in trial who was unjustly lynched, it’s a very special moment,” said Elliot Spillers of EJI.

There were several speakers during the program, including the family of Theo Calloway, who said that they were “elated” to be there.

“If you forget your history, you have the opportunity to let it repeat again,” said one of the members of EJI.

Josephine Bolling McCall ended the closing remarks with a song while the audience sang along.

The group has been working on the marker for the last year, COVID impacted it. Specifically, the unveiling was postponed. It was initially scheduled to be unveiled in the spring.

Due to COVID, members present during the program were required to wear masks and social distance.

For the members who could not be there, there will be a virtual program on Dec 12. It will include other components as well that EJI initially planned on having in the program.

Visitors can find the video, on the Lowndes County Friends of the Civil Rights Movement Facebook page.