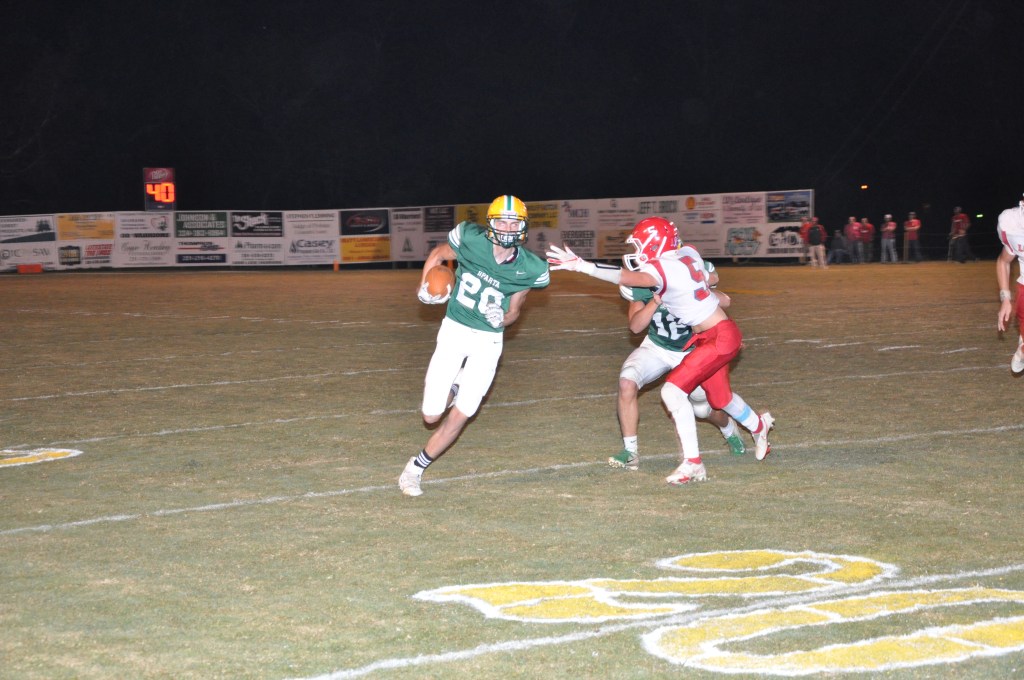 Sparta struck again with 4:33 left in the first half when Spears threw a 43-yard touchdown pass to Bryson Pate. Bozeman tacked on the extra point, and Sparta led, 14-0.

After Spears ran for 95 yards on Sparta’s next offensive possession, the play got called back due to a holding penalty, which resulted in the ball being spotted on the 2-1/2 yard line. On the next play, with just 1:14 left in the half, Lowndes got their only points of the game when they tackled a Sparta ball carrier in the end zone for a safety, leaving the score 21-2 at the half.

Parker ignited the second-half scoring with a 57-yard touchdown run with 4:08 left in the third quarter. Bozeman kicked the extra point, and Sparta led, 28-2.

Sparta struck again with 10:29 left in the game when Blair Hanks hauled in a 35-yard touchdown pass from Spears. Sparta missed the extra point, but enjoyed a comfortable 34-2 lead.

Sparta’s final touchdown came on an 11-yard scoring run by Jake Jeter, who crossed the goal line with 5:43 left in the game. Bozeman hit the extra point, and the Warriors went on to win 41-2.