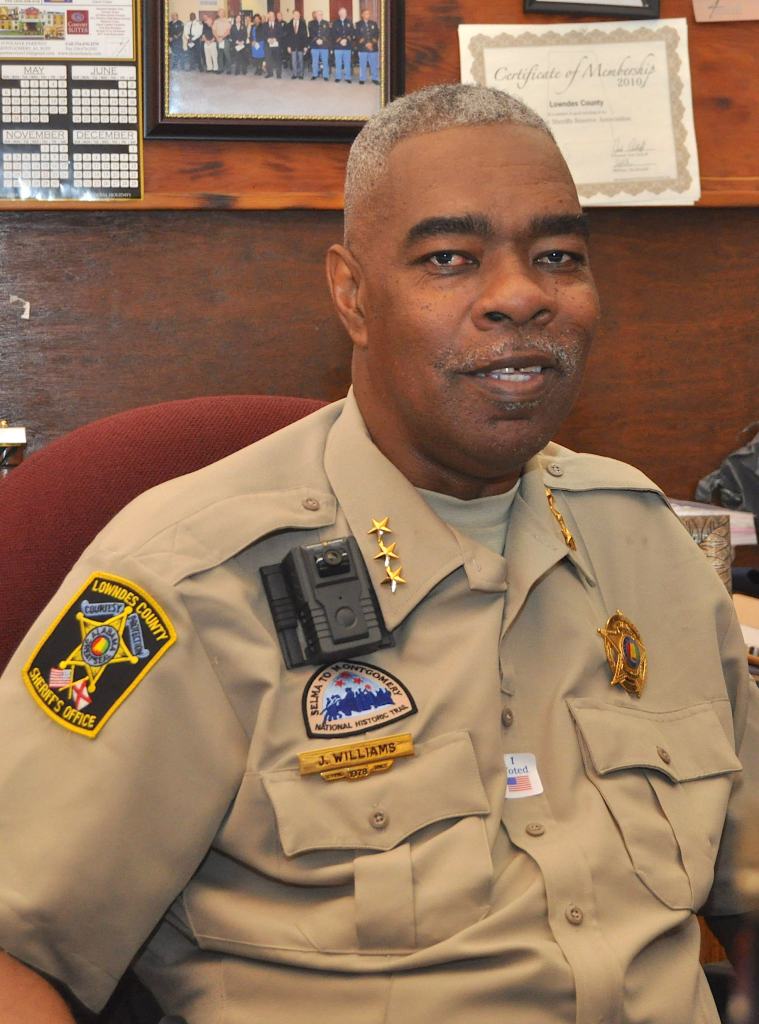 Lowndes County paid tribute to its beloved sheriff who was shot and killed in November on Monday with a dedication service and the naming of the courthouse after the late sheriff.

The John “Big John” Williams Courthouse was unveiled during a ceremony in front of the courthouse Monday morning.

The mayor said that the residents of Lowndes County cannot do enough to honor and recognize the memory of the late sheriff.

“I applaud the county commission for the renaming of the courthouse,” he said.

The mayor said that Williams left a legacy of love with the county.

Commission Chairman Carnell McAlpine said Williams was a personal, good friend of his.

McAlpine said he recalled a resident coming to his office upset in 1982. He said the person threatened the whole office, and Williams came and sat in the office for about two days to ensure the safety of those who worked there.

McAlpine said he was pleased that the county commission approved the renaming on Dec. 9, less than a month after Williams was killed on Nov. 23.

“He is deserving,” he said.

Hayneville Baptist Church pastor Andy Hepburn said that Williams and he spent time together fellowshipping on Wednesday and that he considered him a brother.

“Jesus came to redeem us to be brothers and sisters in Christ,” he said. “We love each other. I am so proud of the commission, and so proud of the life (Williams) lived.”

The proclamation acknowledged Williams’ service in law enforcement and said that his service not only mattered in Lowndes County but also to the whole nation.

The letter said that Williams served his 40 years in law enforcement with immense integrity and courage and that heroes like Williams are uncommon but important.