The attorney for the city of Hayneville asked the Lowndes County Commission on Monday night to request that that a handful of voters registered to vote in the Hayneville municipal elections be taken off the roll because they do not actually live in the city limits.

Attorney Michael Strickland brought a court reporter to the meeting.

He said that he contacted the Alabama Secretary of State’s office for direction on the matter and also talked to David Spooner in the Lowndes County Board of Registrars Office and was told that in the past the Lowndes County Commission had requested that voters who were not legally within the city limits be taken off the rolls.

Strickland said that Spooner requested that the commission write a letter.

Strickland then asked each of the commissioners if they thought voter fraud should be allowed.

Attorney Hank Sanders said that it was not appropriate for the commissioners to answer because what was being requested was not in the scope of the county commission’s executive powers.

Strickland gave several examples of where voters were registered to vote, but their property was outside of the city limits.

Strickland said that he agreed with Sanders but was just following what he was asked to do.

County Commissioner Dickson Farrior showed a letter from Spooner that said that a particular address in question was in the area.

Strickland argued that Lowndes County used 911 service to determine if an address is in the correct place.

He said that residents may simply fill out a card and return it to 911.

Strickland said in reality that a person could live in Wilcox County and claim to live in Lowndes County using this method.

He said the 911 service is unofficial and that property tax records should be used.

Sanders told Strickland if Spooner wanted the commisson’s help, then he should come to the commission meeting himself.

Strickland said he felt it was an awkward situation but said he told the secretary of state’s office he would speak to the commission.

Sanders said that the Spooner should be following the laws of the land and if there is a problem, it should be reported to Lowndes County Sheriff Chris West. 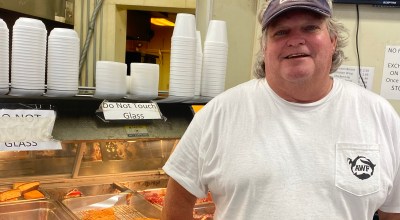