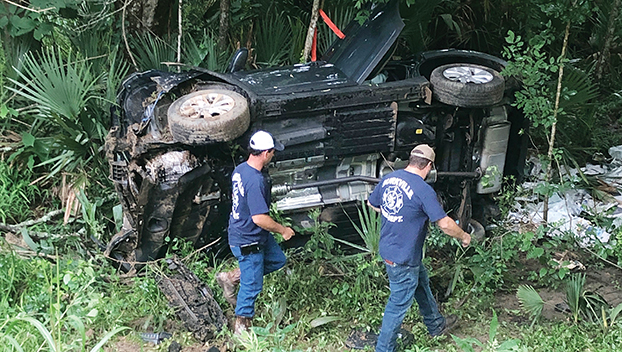 Two people were injured in a Sunday morning crash near Hayneville. According to reports, a three-vehicle accident occurred on Alabama 21 about a mile south of Hayneville. Hayneville Fire and the Burkville Volunteer Fire Department responded to the crash. One person had to be extricated from an SUV that was rolled over. Two patients were transported to Baptist South for treatment of their injuries.