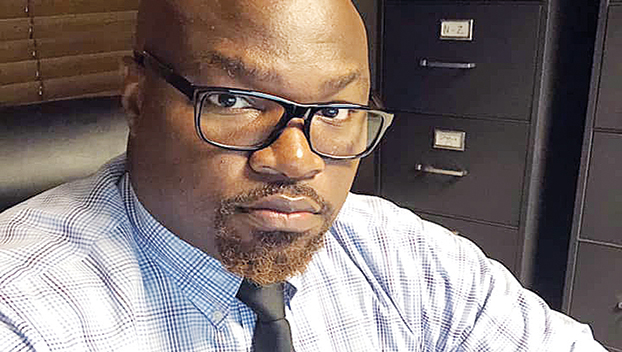 Former Montgomery County School Board candidate DeMarcus Weems was recently sworn in as police chief of The Town of Mosses in Lowndes County. Weems currently works as an Alabama Probation and Parole Officer.

Weems said that he is thankful for the opportunity to serve as a police chief and has big plans for the small town of Mosses.

“I want to bring change in a better way to make sure that our community is safe” he said. “I want to bridge the gap between the community and the police force.”

Mosses Mayor Willie Hill is excited about having a new police chief and said that he was impressed with Weems during the interview process.

“Mosses is a small town and we still need policing” he said. “We look forward to working with Weems and believe that he is going to do a great job.”

Born and raised in Montgomery’s west side, Weems has family ties in Mosses. His grandmother and mother were both raised in the town. To Weems, Mosses is home away from home.

Weems is an esteemed member of Phi Beta Sigma Fraternity Inc., and Abraham Lodge #267, PHA. He holds a bachelor’s degree in broadcast journalism and public relations from Troy University. After graduating from the Montgomery Police Academy in 2014 and securing a position as a School Resource Officer with the Wetumpka Police Department, Weems returned to his alma mater to earn a master’s degree in criminal justice in 2016.