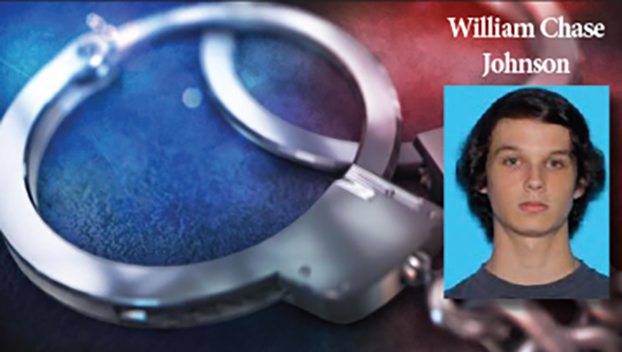 The suspect in the fatal shooting of Lowndes County Sheriff John “Big John” Williams Saturday night has been apprehended.

William Chase Johnson was taken into custody by dozens of law enforcement officers just after midnight after he approached the scene of the deadly shooting, which occurred at the QV gas station located across from the Lowndes County Courthouse in Downtown Hayneville.

According to law enforcement officers at the scene, Johnson was taken into custody without incident. It was reported that a handgun was taken from Johnson as he was apprehended.

Johnson was transported to nearby correctional facility.

More on this story will be released as information is made available.

For complete coverage, see Thursday’s edition of The Lowndes Signal.