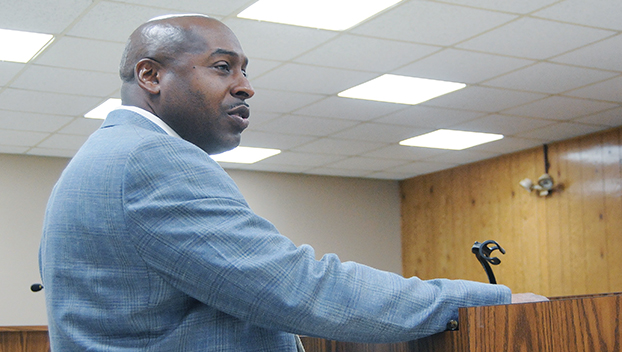 School got off to a good start in Lowndes County and Superintendent Jason Burroughs thanked the Lowndes County Commission for its help in preparing for the school year during its meeting Monday morning.

“I come before you today to say I’m very thankful for the paving project that we just had completed at Hayneville Middle School about two weeks ago,” he said. “I’m very appreciative for the work. The last few years, we’ve had complaints from bus drivers, staff and parents about the condition of the pavement. But last week, when the bus drivers returned, they were very thankful for what we have over there now.”

“We’ve had a lot of collaboration,” Burroughs said. “We’re also thankful for the Lowndes County Sheriff’s Department, and the work that they provide. For many years we have had a partnership with the summer feeding program and we provided many nutritious meals and you’ve have been a part of that.”

Burroughs said the county also assisted the district with maintenance on the lagoon at Central High School.

“You were also very helpful with the drainage issue we had a Jackson Steele,” he said. “I wanted to come before you publicly to say thank you. I look forward to working with you guys in the future.”