The Lowndes Academy Rebels are off to a terrific start in 2018, improving to 2-0 under first-year head football coach Shane Moye, Friday, Aug. 31, with a 20-6 victory over Evangel Christian of Alabaster at Rebel Field in Hayneville.
The Rebels began the year with a 27-0 pre-season scrimmage win over the Fort Dale Eagles. And the Rebels began the regular season home with a 39-0 shutout of Sparta on the road.

Friday’s win against Evangel, however, was as sloppy as the on and off rainy weather.

“It was a good hard fought game,” Moye said. “The first half was real sloppy by both teams. It was wet sloppy conditions.”

However, Moye said his team stayed “patient.” And, he said after Friday’s contest, “Our defense was unbelievable tonight once again.” He credited coach Matt Marshall with doing a phenomenal job with the defense.

Moye said as long as his kids stay health, the Rebels have a chance to win with the defense.

Moye said his offensive and defensive lines played well. But he said 11 guys on defense carried the team Friday night and are “no doubt the backbone of our football team.”

In last Friday’s action, a Daniel Calloway fumble recovery help set the Rebels up for their first score in Evangel Lightning territory. And on a fourth down at the Evangel 15-yard line, senior Rebel quarterback Tyler Smith connected with senior Zack Miller for touchdown pass at the 5:41 mark of the first quarter.

Rostik Smith added the point after, and the Rebels led 7-0.

The score remained 7-0 in favor of the home team until the 11:55 mark of the fourth quarter when junior running back Daniel Janes scored on a 5-yard touchdown run.

The point after was blocked, and the Rebels led 13-0.

The final Rebel score of the night came with 5:15 left in the fourth quarter on a 15-yard run by Tyler Smith. And Rostik Smith added the point after for the 20-0 lead.

It appeared as if the Rebels were going to get another shutout, but with 45 seconds left in the game, The Lightning’s T. Henderson connected with S. Harrison for a 25-yard touchdown strike on what appeared to be a busted defensive coverage play. A two-point play attempt failed, and the game ended with the Rebels on top of the Evangel Christian Lightning 20-6.

Last season the Rebels lost to the Patrician Saints 28-20 in the first round of the AISAS Class A playoffs.  And the Saints went on to win the Class A, AISA State Football Championship.

Those same Saints have also stepped up to Class AA this season. And Moye has called this a key game to show where the Rebels stand after week three. 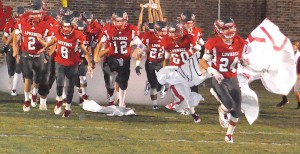 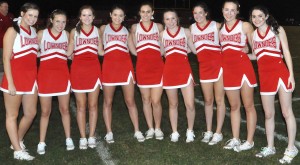 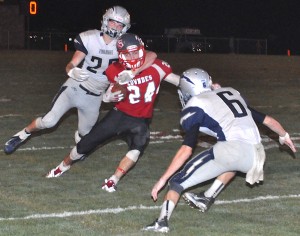 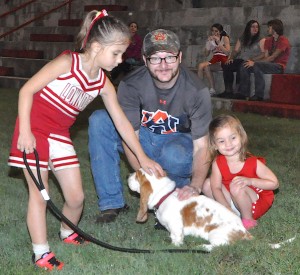 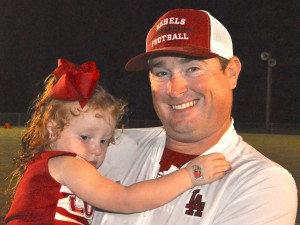